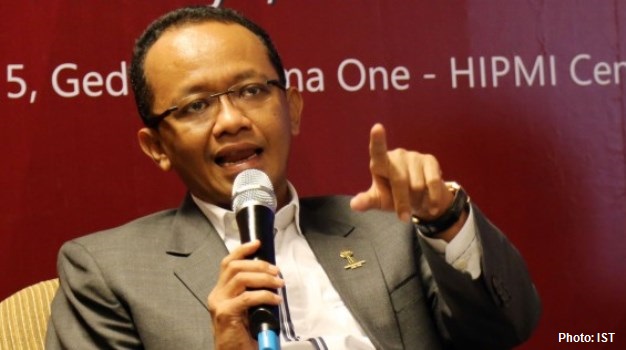 JAKARTA - State-Owned Enterprises (SOEs/BUMN) in Indonesia are considered to have monopolized work in various national infrastructure projects. This opinion was conveyed by the Chairman of the Indonesian Young Entrepreneurs Association (HIPMI), Bahlil Lahadalia who wanted to develop a national private role in infrastructure development.

This was stated by Bahlil Lahadalia when he attended Focus Group Discussion of PB NU "Encouraging Private Participation to Be More Participative in Infrastructure Development". As reported from antaranews.com (13/9) he explained, "Example for toll road projects, if the work of supplying stone and iron and sand is done by a subsidiary and grandson of SOEs is it not a monopoly?"

Bahlil Lahadalia explains in this case the monopoly context is that if the part of the job with a certain number should be left to the national entrepreneur, it must be left to the other entrepreneurs. He asserted agree to strengthen SOEs for big (scale) works, but if small work is also done by SOEs, then the role of national private is questioned.

He also gave an example that one of the SOEs open tender uniform and won by its subsidiary. In addition, government infrastructure work that should be done by decent national businessmen with a work value of Rp100-200 billion should be handed over to them.

"The objective of SOEs is to create an independent state, among others, to accelerate economic development and recruit workers, not to kill national entrepreneurs," said Bahlil whilst stated that the SOEs are made not to make the biggest profits and warned not to twist the basic philosophy of SOEs.

Bahlil Lahadalia also mentioned the trend of employment from infrastructure development since 2013-2016 even decreased. "This is strange because in 2013 it can absorb up to 200 thousand workers, but in 2016 not even up to 110 thousand workers at every one percent growth," he said.