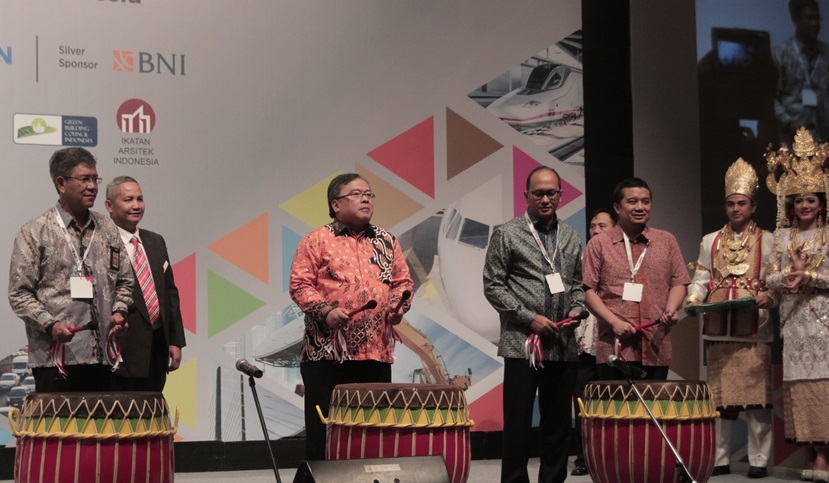 JAKARTA - Indonesia Infrastructure Week (IIW) 2017 which held co-located with Konstruksi Indonesia and The Big 5 Construct Indonesia (KIBIG5) 2017 has been officially opened today. The opening ceremony for the three-day event has been conducted by the Chairman of the Chamber of Commerce and Industry (KADIN) Rosan P. Roeslani, Plt Director General of Construction Construction of the Public Works and Housing Ministry (PUPR), Danis Sumadilaga and Minister of National Development Planning (PPN/ Bapenas), Bambang P.S Brodjonegoro at Assembly Hall, Jakarta Convention Center (JCC).

Chairman of KADIN Rosan P Roeslani in his opening speech appreciated the IIW 2017 event by saying, "In 2016 we have 188 exhibitors, Allhamdulilah this year has become 315 exhibitors from local and international."

Special for KIBIG5 2017 event, which was held by Tarsus Indonesia in collaboration with dmg events, was attended by the top 300 local and international companies featuring a variety of new products, innovations and construction technologies, and presenting 30+ free CPD (Continuous Professional Development) workshops.

Visitors to the event will also have access to over 10,000 industry professionals and the Government through Business Matchmaking Program sessions. All of this is a form of KI-BIG5 2017 support to welcome the new era of Indonesia's construction industry.