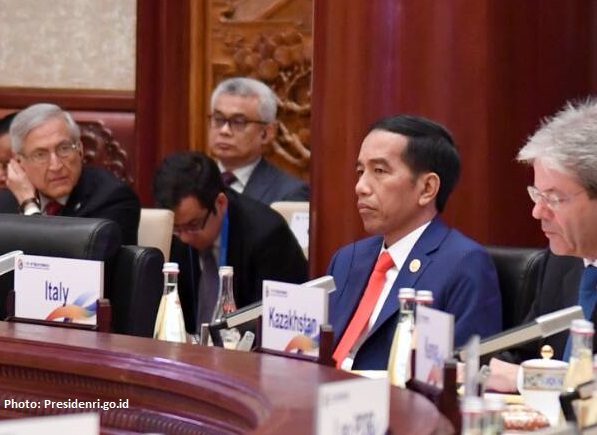 JAKARTA - President of the Republic of Indonesia Joko Widodo (Jokowi) invites foreign investors to invest in developing infrastructure in Indonesia. This was conveyed on The Belt and Road Forum for International Cooperation (BRF) in the afternoon session at Yangqi Lake International Conference Center (ICC).

The Belt and Road Forum for International Cooperation (BRF) discussed a new silk pathway known as the "Belt and Road" Initiative (B&R). This initiative is a form of cooperation and connectivity between countries. Indonesia as the largest maritime economic zone in the world whose waters are the intersection between the Pacific Ocean and the Indian Ocean has an important and strategic role.

"Incidentally, one of the strategic frameworks in the vision and mission of my government is the discourse of Indonesia as a maritime axis of the world," said President Jokowi as reported from Presidentri.go.id (16/05/2017).

To the head of state in attendance, President Joko Widodo explained about the current condition of the government's efforts in realising the vision of the world's maritime axis. He mentioned that Indonesia is full of all natural and tourism resources.

However, the potential has not been well utilised since most of Indonesia's archipelagic regions are not well connected due to inadequate infrastructure. After two years of encourages infrastructure development equally throughout the archipelago, the results are now gradually getting perceived.

"So we would like to invite you to also connect the services of shipping and flight routes to the two gates in the west and north of Indonesia. I believe what is needed in the world today is concrete projects, "he said.