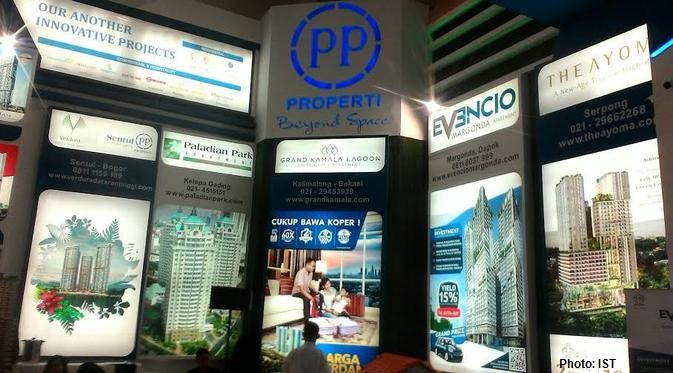 JAKARTA - PT PP Property Tbk (PPRO) continues to work hard 2 months before the end of the year to meet its target achievement in 2017. The result is up to the third quarter of 2017, the company's sales projection reached around Rp 2,33 T or increase 60% compared to the same quarter in 2016.

The company's net profit projection up to the third quarter of this year is Rp 275 M. "The company is optimistic that this year's target will be achieved, where each of the Company's products starting from hotels and residential areas contributes to the achievement of PPRO's performance," said Taufik Hidayat, President Director of PP Property in a press release (16/10/17).

This year's performance will close with a remarkable achievement, with profit projection between Rp 425 M - 435 M. At the end of the year, the Company will launch several products including Weston View Apartment in Surabaya, Louvia Student Apartment in Jatinangor Bandung and soft opening Lagoon Avenue Bekasi Mall.

Not only that, in the near future PP Property will hold a groundbreaking in several projects, such as Grand Shamaya in Surabaya, Begawan Apartments in Malang, Tower Victoria and Tower Isabela in GKL Bekasi, continuing Tower 2 at Amartha View, Tower 2 & 3 The Alton Apartments in Semarang.

On October 10, the Company together with PT PP (Persero) Tbk. (PTPP) as the parent company conducted groundbreaking of TOD concept building at Juanda Station and Tanah Abang Station. "We are trusted to develop these two areas, TOD Juanda will build 2 towers of 627 units on an area of 5,903 square meters," said Taufik Hidayat.

In relation to the growth of the Company's landbank since the acquisition of the Rights Issue fund, to date, the number of land banks has increased to 100 Ha and is expected to be 200 Ha by the end of this year. In acquiring the landbank, the Company applies the Risk Management principle and conducts a Feasibility Study study involving professional consultants.