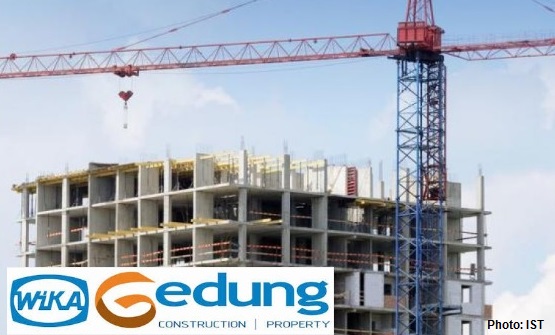 "The composition of the acquisition of new contracts in 2018 is planned to come from the Government: 30%, SOE: 30% and Private: 40%," explained President Director of WIKA Gedung Nariman Prasetyo as reported in the official press release (9/1/2018). The composition has shown that WIKA Gedung had a clear and independent market because the portion of the new contract is come from external, outside of the projects which coming from PT Wijaya Karya (Persero) Tbk (WIKA) as the Holding Company.

By the basis of economic growth estimated to grow 5,4% in 2018 and the focus of President Jokowi's government on infrastructure development in the country, including with the National Health Insurance Program (JKN) in 2019 which requires everyone to fully following BPJS Kesehatan, WIKA Gedung is ready to develop business (investment and concession) related to the development of infrastructure, among others: in the field of airport, mass transportation including social infrastructure such as hospitals and education.

In the backward line, WIKA Gedung focuses on building precast, modular and geotech business. In the precast building business, a subsidiary of PT WIKA Pracetak Gedung has been established, which manufactures precast buildings directly related to architectural work, whereas, in the Modular business, WIKA Gedung plans to continue the KSO which has been done previously by establishing a joint venture to produce modular joint, then in geothermal WIKA Gedung will acquire companies in this sector to develop basement construction business.