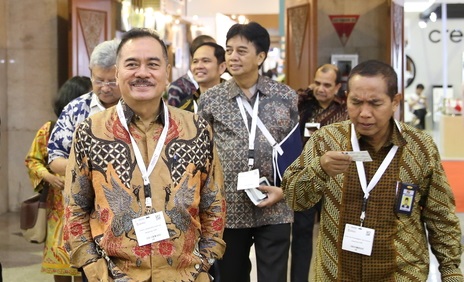 He explained that in the future, APBN/APBD funding for infrastructure development, public works and housing (PUPR) will be prioritized for underdeveloped areas. As for infrastructure projects in the growing area, APBN/APBD funding aims to increase the feasibility of the project that will be offered to enterprises through cooperation scheme of government and business entities (KPBU). For projects in areas which already develop, it will fully build through investment funds of business entity.

He added that infrastructure development can also be done through cooperation with enterprise asset utilization. "The land (assets) could be developed based on the potential, such as areas of the economy, tourism, plantation, agricultural or otherwise, according to the Government limitations", said Yusid Toyib, as reported from pu.go.id.