Government Invites Japan to Cooperate in Marine Infrastructure and Technology 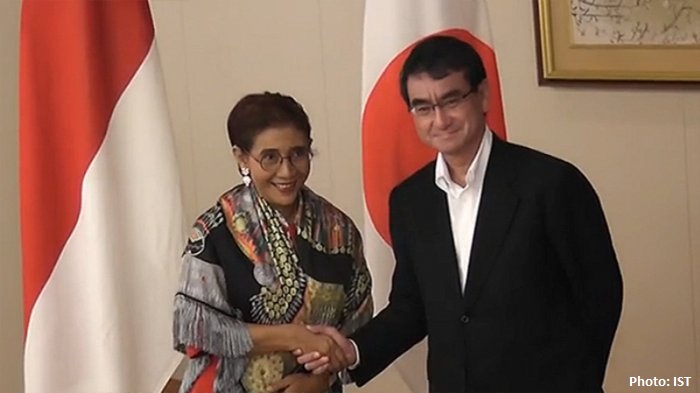 TOKYO –Minister of Maritime Affairs and Fisheries Susi Pudjiastuti visited Japan to follow-up the government’s cooperation plan with Japan which was discussed on earlier April. She met Japanese Foreign Minister Taro Kono to discuss the realization of Japan’s assistance related to the marine infrastructure.

“I want to, Japan also began to invest in Indonesia, we open as much as possible,” said Susi as reported from detik.com (25/08/17).

Susi also explained the progress that has been shown by the Indonesian marine and fishery management in recent years. For the first time, Indonesia’s fishery trade balance became the number one in Southeast Asia.

Japanese Foreign Minister Taro Kono admitted that he was impressed with the efforts of the Indonesian Ministry of Maritime and Fisheries. He also stated that Japan through Japan International Cooperation Agency (JICA) is ready to cooperate with Indonesia by conducting research for the construction of Integrated Marine and Fisheries Center in 6 locations.