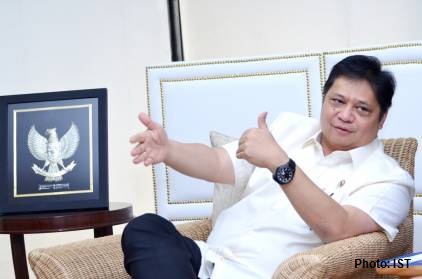 JAKARTA - Indonesian Government continues to spur national economic growth, one of them through increased investment and exports. Therefore, strategic steps such as promotions to investors regarding a conducive business climate in Indonesia and market expansion of local industrial products to the international market are needed.

"The government will hold roadshows to potential investors and rating agencies so that they know Indonesia and know the regulations that have been improved on the creation of a good investment climate," said The Industry Minister Airlangga Hartarto after attending a Limited Meeting at the Merdeka Palace, Jakarta, Friday (5/1), as reported from pressrelease.id.

Menperin explained, it has facilitated the development of a number of integrated industrial zones with supporting facilities to make it easier for investors to develop their business in the country.

"Industrial development is also one of the government's efforts to reduce domestic economic inequality and realize Indonesia centric," he said.

Furthermore, KI Dumai, Riau, KI Konawe, Southeast Sulawesi, KI/KEK Palu, Central Sulawesi, KI/KEK Bitung, North Sulawesi, KI Ketapang, West Kalimantan, KI/KEK Lhokseumawe, Aceh, and KI Tanjung Buton, Riau. "The government has provided ease of investing in industrial zones, among others through the provision of fiscal and non-fiscal incentives and the formation of task force for the provision of gas, electricity, water, human resources, land, spatial, and so on," he concluded.