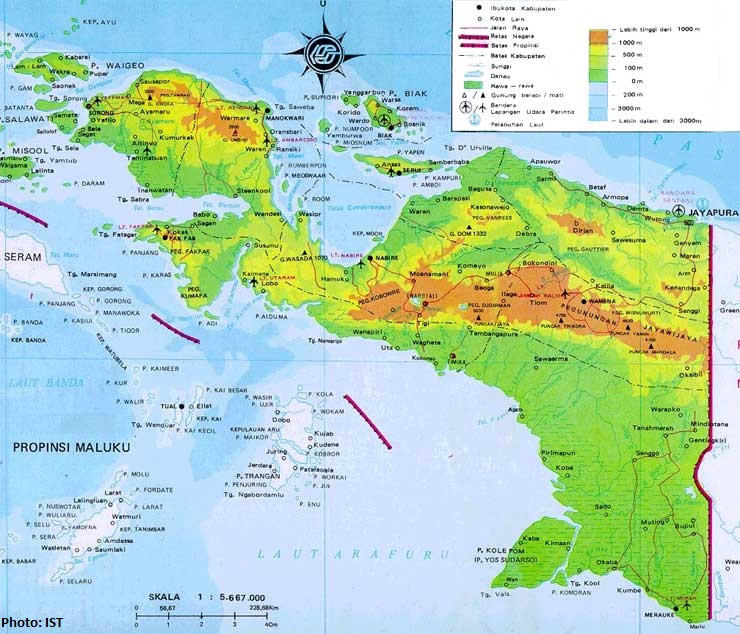 JAKARTA - Papua and West Papua Province is regions in Indonesia that become the focus of infrastructure development the Government of Indonesia through the Ministry of Public Works and Public Housing (KEMENPUPR). Basuki Hadimuljono as PUPR Minister believes the construction of roads in the province of Papua and West Papua are not simply connected between the city/county to open the isolation but must be able to reduce the number of expensiveness.

Basuki minister added that the development of the Trans-Papua and the border which connecting the centres of economic activity are now showing significant progress. For example, the price of basic commodities and cement are still expensive in Wamena. Hence it's necessary to build the road from Mamugu (which has a small harbour) - Kenyam - Habema to Wamena, including some bridges that need to be built.

Minister Basuki also explain that Wamena will be linked also with sea tolls and Trans Papua road of Wamena - Ilaga - Enarotali - Nabire to Wasior which also has a port loading and unloading of goods. With the road that connects to Wamena and other locations in the hinterland of, transport logistics will no longer have to go through the air that will reduce the overall costs.

In addition to connectivity, water security is also important to meet the needs of raw water and food security of communities. Therefore KEMENPUPR conducts rehabilitation for some irrigation areas and will begin construction of Dams Baliem in 2017 with a capacity of 200 million m3 and potential power plant of 50 MW. "Rehabilitation of irrigation is conducted by Padat Karya and it involves water user farmer association (P3A)," said Minister Basuki as reported from pu.go.id (03/09/2017).

Total the State Budget Funds of PUPR Ministry PUPR which are disbursed to build infrastructure in Papua and West Papua in 2017 was Rp 7,61 trillion, it is not including the Special Allocation Fund (DAK), which reached Rp 2,18 trillion. Although the funds allocated is quite much, but not enough for the required program. In addition, the challenge of extreme landscape, infrastructure development Papua and West Papua will continue to be encouraged in order to improve the welfare of the community.