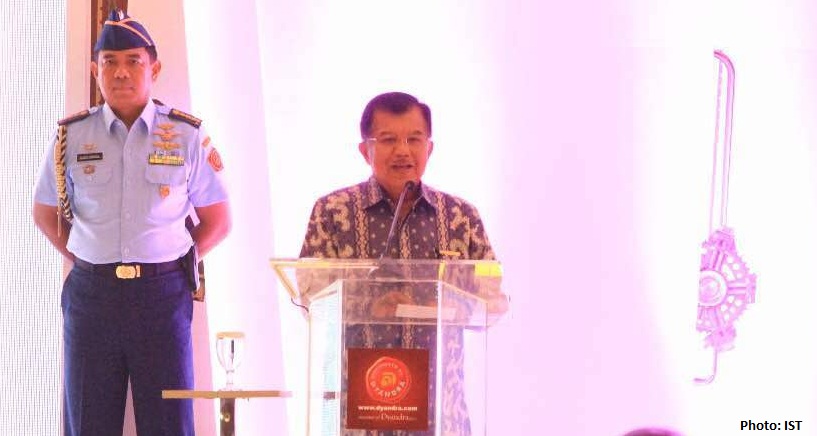 JAKARTA - Indonesia is one of the largest automotive market in Southeast Asia, even Asia. The growth of the Indonesian automotive industry is increasing rapidly every year. The government is very aware with this so the Vice President of the Republic of Indonesia, Jusuf Kalla (JK), promised to support the automotive industry through infrastructure development.

Based on data from ASEAN Automotive Federation 2016, Indonesia is ranked second just below Thailand in terms of car sales rate. Undoubtedly, the automotive industry has grown into an important pillar of the manufacturing sector in this archipelago country.

As a vice president, JK does not argue that an increase in car sales also has a negative impact, especially in terms of the main causes of traffic congestion. Even so, he explained there is always a good solution for any problem. This was disclosed when he opens the inauguration of Indonesia International Motor Show (IIMS) 2017 at JIExpo Kemayoran Jakarta.

"If there is no congestion, (this) instead shows that our economy is retreating. But, later with a lot of infrastructure development, we hope that we can overcome (congestion) without reducing car sales," said Vice President Jusuf Kalla as reported from wapres.go.id (28/4/2017).

JK also revealed that the government has made various efforts to support the development of the domestic automotive industry, one of which is by build Patimban Port in Karawang, West Java.

"Through the development of this supporting infrastructure, the government encourages automobile manufacturers to work more efficiently and develop into an automotive exporting country, compete with Thailand," he said.

He also emphasised the reasons for Patimban's development by saying, "Since almost all the automotive industry is around Karawang, that is one of the reasons for the construction of a bigger port in Patimban."