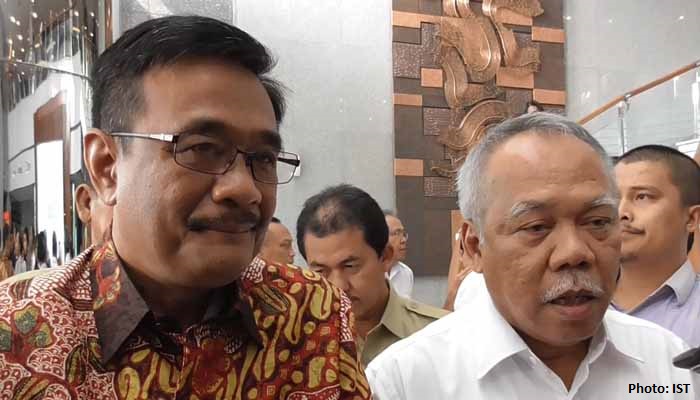 The project discussed are in a various forms of infrastructure, ranging from interchanging, dam, toll road to bus corridor. After the meeting, Basuki said that he is going to coordinate with the provincial government regarding the development of the six infrastructure projects.

“We will coordinate on matters that need to be coordinated by both parties, starting from the first one which is Simpang Susun Semanggi. Mr. Governor plans to do soft launch on July 29” Basuki explains as reported from beritasatu.com (18/07/2017).

For the construction of the dam or reservoir in Ciawi and Sukamahi, Basuki asserted that the construction will begin in this year. The purpose of these two reservoirs is to be a catchment area in the upstream area so the flooding in Jakarta can be reduced.

His meeting with Djarot also discussed about Corridor XIII (Ciledug-Tendean) which not operated yet. About the certificate of functionality, Basuki said the Security Commission of Bridge and Road Tunnel will conduct a feasibility test. “The letter has just entered, so the feasibility test will held on July 20. This corridor must have certification as it is a high and long service road” Basuki added.