Jokowi Admits He is Ambitious in Developing Infrastructure in Indonesia 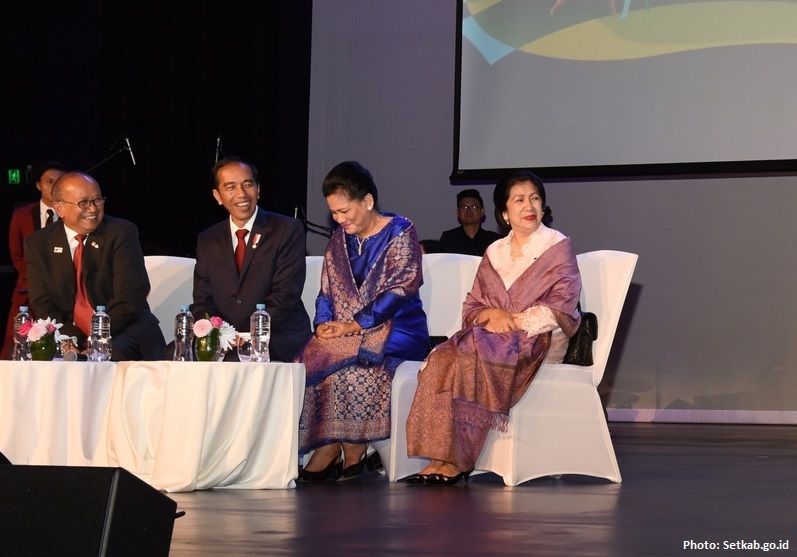 SYDNEY - President of the Republic of Indonesia Joko Widodo (Jokowi,-ed) realise that a lot of people has considered that he is very ambitious in building infrastructure. He admitted it and explained that ambitious nature is a must to support the focus of his administration focus to develop infrastructure.

Earlier, President Jokowi explained that the infrastructure budget of this year reached Rp 342 trillion due the Government want in these 5-year wants to focus on infrastructure development. He believes that Infrastructure is the foundation for the movement of the Indonesian economy forward.

"It surged because we want to focus, do not want the budget divided into small pieces in all ministries, Nope," he said.

President Jokowi also criticised the pessimistic nature of the people who doubted the sustainability of the power projects of 35,000 Mega Watt (MW), because it is an obstacle to working on the project. He also warned," Just imagine. 53.000 MW in 71 years and many people say that it is impossible (to reach,-ed) 35.000 MW within 5 years. But if it is not completed 35.000 MW, and just reach 25.000 MW, it is a tremendous leap job. I believe it still possible to reach more than that, we still have time more than 2,5 years."

President Jokowi also acknowledged that Indonesia lack of electricity supply while explained, "Yes we are a lack of it (electricity,-ed). Each time I go to the regional, to the district, people always complaint with angry that the electricity is a power outage. I've got the anger of the people but it’s okay, it is part of the mandate that people gave to me."

He explained that the toll road infrastructure is also one of the important things to be built. The existence of toll road infrastructure can affect the logistic cost, due to the faster decrease of the transportation cost as the road is a freeway. "This is what we have started. These pictures there, the Trans Sumatera, Lampung upward from heading to Aceh, "the President said.