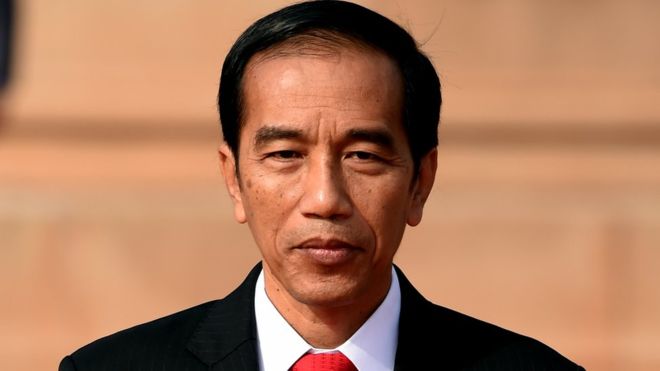 Jakarta – President Joko Widodo (Jokowi) said that the government’s work cabinet has been intensively pushing infrastructure development for the past 4 years.

“The government that I lead is fighting to recover the people’s trust through real work in building this country, from Sabang to Merauke, from Miangas to Rote Island,” he said in DPR Building, Jakarta, as reported by detik.com.

Infrastructure development, Jokowi said, has been carried out evenly and fairly. The aim is to be present as a state for Indonesian people especially who are living on the border, outer islands, and underdeveloped regions.

He said Indonesia is a huge country that has an extremely wide geographical range. This country has a total population of 260 million, and 714 tribes.

“We need to ensure that the country is truly working in managing and protecting all the people across Indonesia,” he said.

“From the first year, we have built a strong foundation to march for a developed Indonesia. Therefore, the government has been focusing on the acceleration of infrastructure development also an improvement in productivity and nation’s competitiveness,” he added.

Acceleration of infrastructure development, Jokowi said, is not only meant to catch up with other developed countries but also to grow a new economic center that able to give an added value to every region in the country.

Therefore, the President expressed that infrastructure development has not only done in Java but also other regions such as Sumatera, Kalimantan, Sulawesi, Maluku, Nusa Tenggara, to Papua.

“As a plural nation, we want to grow together, be prosperous together, from Sabang to Merauke, from Miangas to Rote Island,” he concluded.