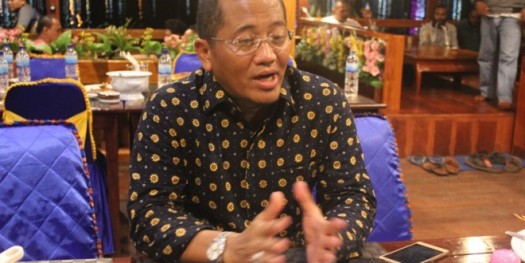 JAKARTA - The Indonesian government led by President Joko Widodo (Jokowi) has realised the development of Trans Papua road infrastructure. It received a positive appreciation from the Eastern Indonesia Chamber of Commerce and Industry (KADIN).

Deputy Chief of East Kadin Coordinator, H. Andi Rukman N. Karumpa explained that the development of Trans-Papua road to date has been connected along the 3,259 km to the Papua region, while for West Papua has been connected 1,071 km of total work 4,330 km.

As for the road that has not been connected in the Papua region 467 km, West Papua 12 km, and for the existing bridge on the development, for Papua 7,600 meters and West Papua 4,400 meters.

"We hope by 2017 will be fully connected, and with the inauguration of the Cross Country Border Post (PLBN) in Skouw, can really grow the economy in there, it is very positive for the people of Papua," said Andy Rukman N. Karumpa as reported from kadin-indonesia.or.id (19/5/2017)

He believes infrastructure development in Papua can encourage the economic growth of the community. He also revealed that in Wamena district, in Habema will be built a reservoir that will flow water on the 9 enlargement districts in there.