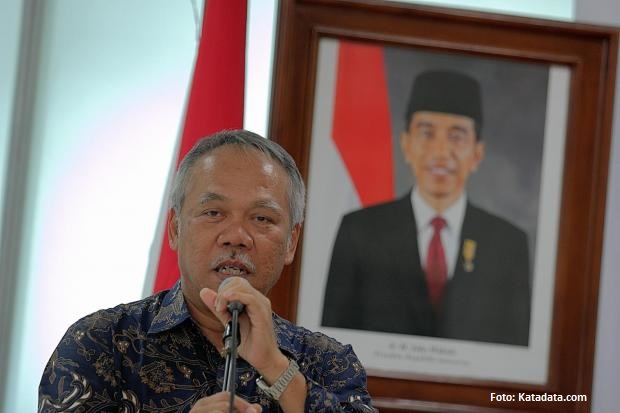 JAKARTA - The ministry of Public Works and Public Housing (KEMENPUPR) has conducted auctions in 2017 as many as 3.263 the work package worth Rp 20,9 trillion. This was disclosed by Minister PUPR Basuki Hadimuljono who also explained that the progress of work in 2016 has reached 73,69 percent.

"The early auction of 2017 has been auctioned off as many as 3.263 packages worth Rp 20,9 trillion, and of that number, the contract could be signed in January 2017 amounted to Rp 9,9 trillion. So if added to the multi-year contract amounting to Rp 18 trillion, then we can tie contract amounting to Rp 27 trillion in January 2017," said Minister PUPR, Basuki Hadimuljono, in Jakarta, as reported from pu.go.id, today (12/07/2016).

Minister Basuki also explained for the work progress in 2016, as of December 5, 2016, its financial progress has reached 73,69 percent and reached 76,6 percent physical progress. Minister Basuki hope by the end of 2016 it may exceed 90 percent absorption.

"Therefore there is a billing which has not been entered into the report so it just the work completion, balance, and settlement (for the payment-ed)," said Basuki.

Meanwhile, the commencement of construction target of the eight dams in 2016, which now leaves two dams which are Napunggete Dam in East Nusa Tenggara (NTT) and Sukamahi Dam in West Java, Minister Basuki explained that the contract for the dam Napunggete together dam Sukamahi will be signed soon.

"Napunggete Dam and Sukamahi Dam also will soon be signed, special for the Napunggete, the conjunction of the groundbreaking will be held at 12 or December 13 by the President together with the inauguration of Transboundary State Post (PLBN) in the province," said Minister Basuki.