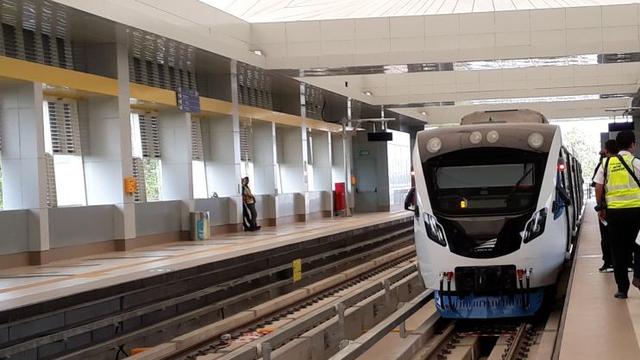 The Ministry of Transportation poured a budget of Rp300 billion to subsidize the rate of LRT Palembang.

Minister of Transportation Budi Karya Sumadi in a written statement, hoped that within three years this subsidy can be fulfilled, as reported by antaranews.com.

"Tariff we set Rp5.000 for short distance and Rp10.000 for the route to the airport. The subsidy is Rp200-300 billion per year, and we hope in three years it can be fulfilled), no longer need to be subsidized and can walk by itself, "said Minister of Transportation

According to him, due to a number of operational activities, this LRT can generate revenue for operators of LRT.

Budi said if there is no subsidy then LRT tariffs paid by the community can be doubled.

Currently, the local government still has the task to interconnect LRT with existing transportation modes.

"There is a Trans Musi bus from Sungai Batang to Puncak, it is the connection part of the traffic encounter with LRT. The feeder is what the local government should think of for LRT as the main transport. We will cooperate with the local government," he said.

Relating to travel time, he said there are still few obstacles because the speed of LRT Palembang has not been maximized.

The Minister of Transportation targets the travel time of LRT from Sultan Mahmud Badaruddin II International Airport to Jakabaring for 45 minutes.

"About the speed, now only four TOD is used. After the Asian Games we will do well, if now it takes 60 minutes, then 45 minutes," he said.

He targets in October all Palembang LRT stations can operate as a whole.