President Jokowi Confident Indonesia will be Connected by Infrastructure 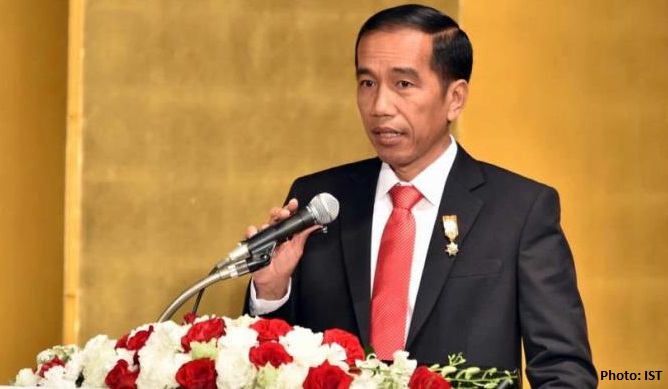 JAKARTA - Indonesia is the largest archipelago country which consisting of hundreds of thousands of islands. This resulted in economic growth imbalances in the regions. Even so, the President of the Republic of Indonesia Joko Widodo (Jokowi) believes that Indonesia will soon be connected with the help of infrastructure.

The confidence is shown by President Jokowi as a key speaker in Indonesia Korean Business Summit 2017 today (14/3/2017) in Shangri-La Hotel, Jakarta. He invited businessmen from South Korea to continually improve its investment in the country, which he calls a very large country, very beautiful and inhabited by friendly people.

President Jokowi admitted that Indonesia is a developing country, and of course, infrastructure is always an issue for that. But the President assured that the government is working to fix it now, rapidly. "Our infrastructure will soon be connected, in every part of our country which is very vast," he said as reported from setkab.go.id (14/3/2017)

The president expresses two months after he was on duty, he cut fuel subsidies over 80 percent, then free up 15 billion dollars per year of allocation/fiscal space to be allocated to the infrastructure development budget which really big, even the biggest amount in the Indonesia history.

"This increases the cost of infrastructure, including construction of 35,000 MW power projects, 1,000 kilometres of highways, 3,258 kilometer train service, 15 new port and 10 airport development and 20 ports, and port development. This opens up new destinations for domestic and international tourism," said President Jokowi while reminding the participants Korean Business Summit about the beauty of Bali and said that the government create a program called 10 New Bali.