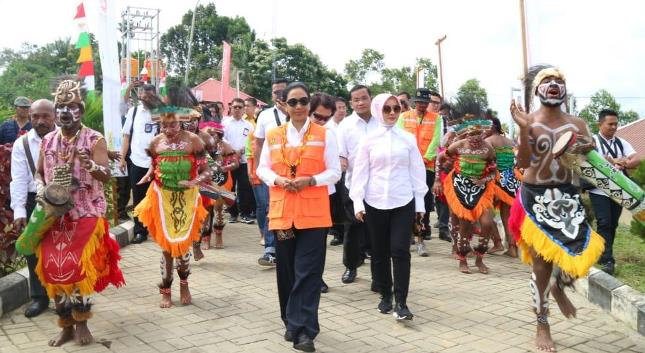 The infrastructures launched were a 150-kilovolt (kV) substation in Jayapura, a GI 150 kV Holtekamp, and the 150 kV High Voltage Air Line (SUTT) Holtekamp-Jayapura.

"The existence of these infrastructures is very important for the distribution of electricity in this region, so of course the government is very supportive and appreciative of the efforts that have been made by PLN," said Rini, as reported by tempo.co.

Rini said that PLN as a state-owned company responsible for electricity must continue to improve its electricity infrastructure as a basic need.

According to Rini, reliable electricity in Jayapura can develop new economic centers and facilitate investors who want to invest in Papua.

PLN's business director for Maluku-Papua Region, Ahmad Rofiq, said the three infrastructures were the first 150 kV system in Papua. The operation of two substations and a SUTT 150 KV can optimize the operation of the Jayapura gas power plant (PLTMG).

"With the increase in infrastructure capacity for this distribution, electricity from the PLTMG Jayapura can be fully distributed by as much as 50 MW," he said.