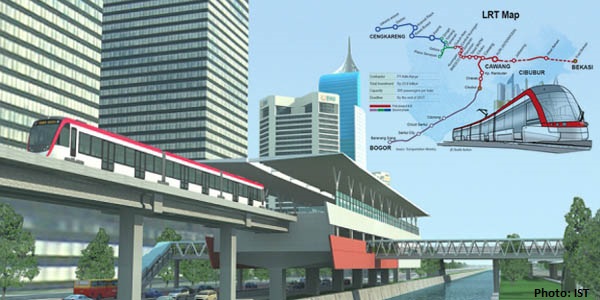 Transport infrastructure has an important role for people access to mobility because it will help daily activities. That's why the area or property which has supported a complete transportation infrastructure would be more attractive to people.

Bekasi and Cibubur are some areas affected by transport infrastructure development. The area will have a Light Rapid Transit facility and has had a toll lane in different directions, so many people are interested in the property there.

"If the apartment is located in a strategic location, close to good public transport systems, such as the busway and MRT, of course, they do not need a personal vehicle, so less parking capacity is needed," said Chairman of the DPP REI Soelaeman Soemawinata as informed of rei.or id (03/10/2017).

Instead, he explained that if a good public transport system has not reached the location of residential, private vehicle automatically become the primary choice. As a result, the need for parking space is swelled.

"Trends in demand for apartments will rise in line with the development of public transportation. Developers who highly committed will always find a buyer. Location, facilities, connectivity, security, as well as how to pay are factors for that are highly considered by prospective buyers," he said.

According to Business Development Director of LMP Yuyu Kasim, an increase in demand for new apartments in Bekasi began to be felt in the second half of 2017.  It occurs when the development of transport infrastructure is starting to formed. "Consumers think that the developers promise turned out to be true," said Yuyu.