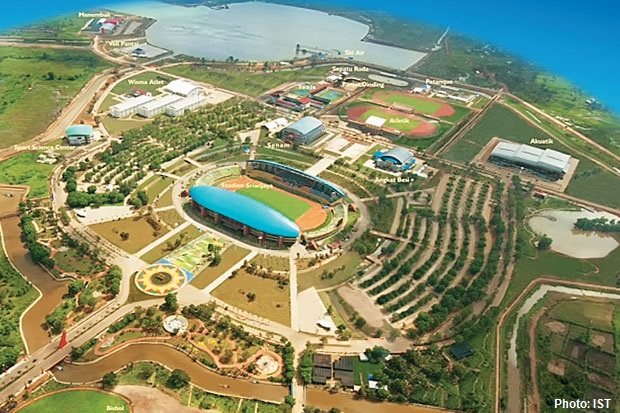 PALEMBANG - Ministry of Public Works and Public Housing (PUPR) continues to spur the development of sports venues infrastructure and athlete flat which prepared for the Asian Games XVIII 2018 in Jakarta and Palembang. Especially in Palembang, the PUPR Ministry is now renovating several venues to meet the international standards of the match.

The Jakabaring paddle extension project implemented by the Directorate General of Water Resources (SDA), is done by extending the pool 1 kilometre (km) from the original 1,2 km to 2,2 km. The extension is to the north of 300 meters (m) and to the south of 700 m, with a width of 200 m and a depth of 3.5 m.

As reported from pu.go.id (26/5/2017), the contractor of this project is PT. Anugrah-Yuda (Persero) with a total contract value of Rp 37,29 billion and is targeted to be completed in mid-July 2017 according to contract, to then be tested in test event. Until now the construction progress reached 82,62 percent.

The total budget needed for the development reached Rp 134,64 billion with contractor PT. Nindya Karya (Persero) and it's targeted for completion in December 2017.The progress up to now has reached 25.73 percent.

Further to the renovation of the Jakabaring firing range, renovations were carried out on the main building and the expansion of the arena. The total contract value for Jakabaring firing range renovation is Rp 73,59 billion and handled by PT Nindya Karya (Persero) as the contractor. Currently, the work progress has reached 35,06 percent and it is targeted for completion in September 2017.