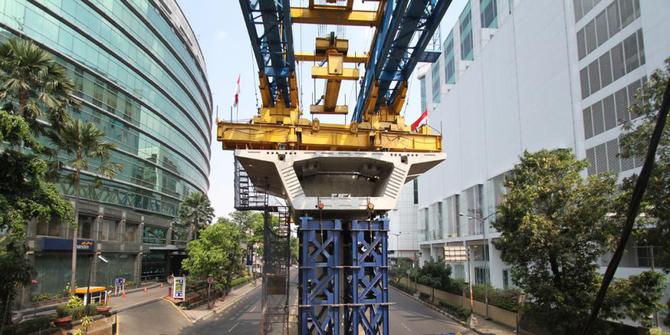 Basuki Hadimuljono as Minister of Public Works and Housing (PUPR) stated that this increasement happened due to the transfer of funds from various ministries and institutions. For example, other education and economic infrastructure funds.

Education infrastructure funds such as school and university building, which should be in Ministry of Education and Culutre and the Ministry of Research, Technology, and Higher Education were transfered to the Ministry of Public Works and Housing. The same thing applied to parent market funds in the Ministry of Trade. “The total from all of them is almost Rp6,5 trillion,” said Basuki to KONTAN.

To transfer those funds, Basuki said that President Joko Widodo will publish Presidential Instruction. So, things like constructions and physical development in other ministries is coordinated to Ministry of Public Works and Housing.

With that, coordination between ministries and institutions becomes tighter. In 2018, government’s infrastructure budget could produce impacts that increasingly felt.

For the next year, Ministry of Public Works and Housing will finish projects that have been on-going for four years. Basuki said, next year there will be no new projects except for dam. “In 2018, there are 48 dams that need to be worked,” he said.