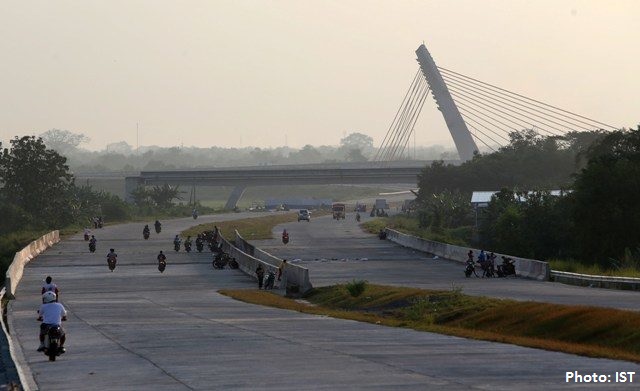 JAKARTA - The toll road is one of the access infrastructures which is needed in the country to facilitate public access to do their activity. Therefore, the Government of Indonesia through the Ministry of Public Works and Public Housing (KEMENPUPR) seeks to focus on building the toll road infrastructure, one of them is Ngawi-Solo toll road which targeted for completion by October 2017.

Ngawi-Solo toll road is part of the trans-Java toll road with a total length of 90.25 km, where the toll road development uses cooperation scheme from the Government and Business entities (KPBU). The government provides construction support to improve the financial feasibility of the toll road through the construction of a solo (Kartosuro)-Karanganyar along 20,9 km and the rest, along with the remainder of 69,35 km held by PT Solo Ngawi Jaya (PT SNJ).

Minister of Public Works and Public Housing (PUPR) Basuki Hadimuljono said, there are several toll road projects that could operate at 2017, one of them is is Ngawi-Solo toll road. As reported from pu.go.id (12/19/2017 he said, "Hopefully the Trans Java toll road segments Bawen-Salatiga, Solo, Ngawi, and Ngawi Kertosono also able to operate."

"We are targeting full operation in October 2017, but we are targeting in June that the entire construction can be finished so that at the time of Eid in 2017 it could be used limitary from Karanganyar to Ngawi without paying," said President Director of PT. SNJ David Wijayatno.