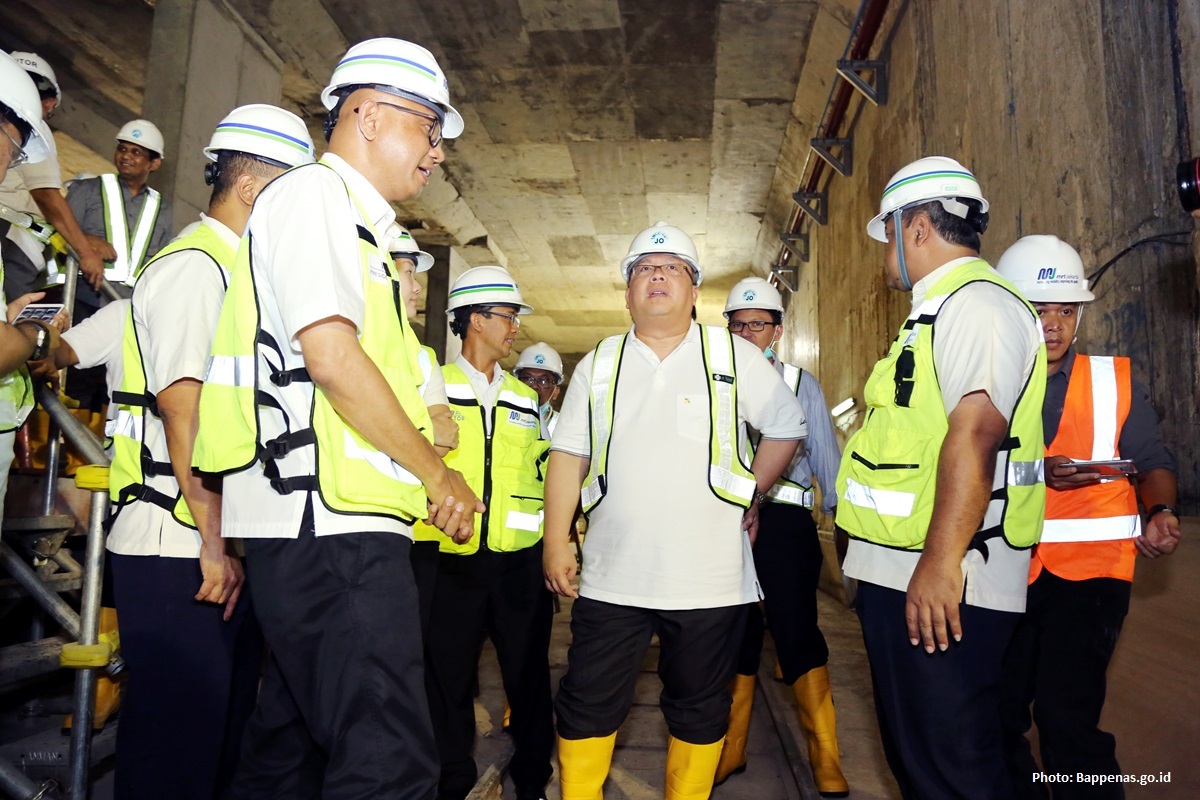 JAKARTA - Minister of National Development Planning / Head of Bappenas, Bambang Brodjonegoro confirms that development of Mass Rapid Transit is part of efforts to improve the mass transportation system in Indonesia. The project is the starting point of the government's efforts which seriously unravel and reduce congestion in Jakarta as one of the most jammed cities in the world.

It is delivered by Bambang Brodjonegoro when reviewing the MRT development project with the Ministry Secretary/Principal Secretary Bappenas Imron Bulkin accompanied by Director of PT MRT Jakarta, William P Sabandar at station 13 which located in HI Roundabout in Sudirman Street.

Bambang Brodjonegoro hopes if MRT Jakarta development has been completed, the people also support by leaving the private vehicle and switch to mass transit in order to reduce congestion and make everyday activities more productive and more efficient.

He believes that the existence of MRT is not just a means of transportation, but also a means of driving the development and economic activities in Jakarta due later in MRT stations could be developed as a centre for business and shopping.

He also hopes MRT Jakarta starting to explore the possibility of developing the concept of Transit Oriented Development (TOD) along the area that will be passed by the MRT. It will start from the phase I, then it will continue to the MRT phase which is connecting the East-West.

"But most importantly, in this first phase we already started to have a TOD concept for MRT Jakarta," he said as reported from bappenas.go.id (21/03/2017).

Bambang explained for the construction of MRT phase II North-South will continue the Japanese government loan with a scheme exactly as phase I. As for the East-West phase is the next stage of development.