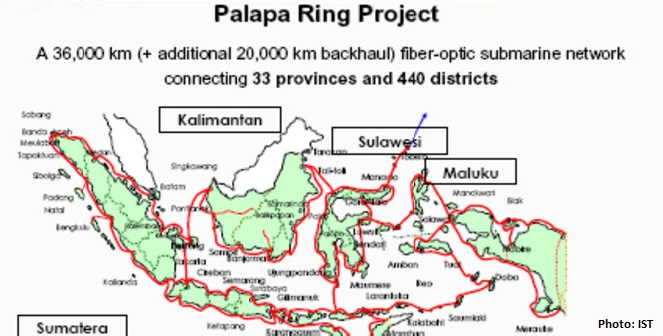 JAKARTA - The entire Indonesian territory targeted to be connected with the Internet connection in 2019. Equal distribution focus of network infrastructure which conducted by the Ministry of Communications and Information Technology (Kominfo) via the Palapa Ring project is now entering the groundbreaking stage.

"The government through the Ministry of Kominfo wants to accelerate the connectivity to not only be felt in big cities like Jakarta but can be felt equally through the entire territory of Indonesia, even to the outermost regions in Indonesia," said a spokesman for the Ministry of Communications and Information Technology Noor Iza, as reported from infonawacita.com today (12/06/2016).

The construction of the Palapa Ring refers to the areas included in the outermost regions and leader in Indonesia. Such as the Palapa Ring West starts from the islands of Batam, Natuna to West Kalimantan.