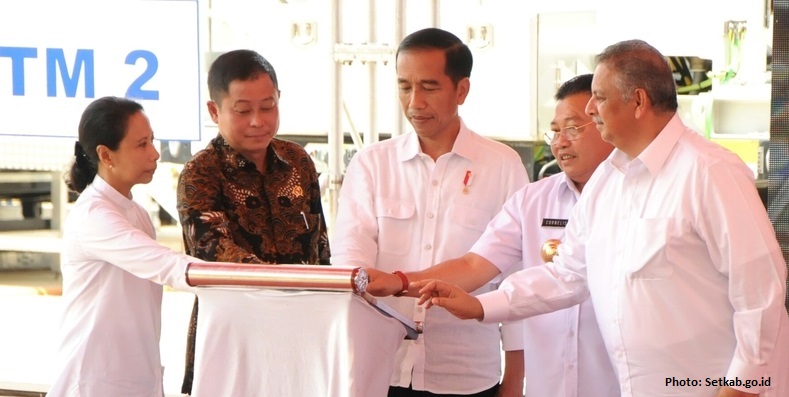 JAKARTA - President of the Republic of Indonesia Joko Widodo (Jokowi) allow proceeding the 34 power plants projects that had stalled. This was conveyed when he delivering a speech at the inauguration of the Gas Power Mobile Power Plant (PLTG MPP) Parit Baru 4 X 25 MW, in Mempawah District, West Kalimantan, Saturday (18/3).

The 34 Power Plants Project that has stalled actually become a burden in the focus of infrastructure development equitably, which carried President Jokowi. Despite allowing the development process, he also warned that it can be conducted when the legal process should have been sorted out, and constructed in accordance with the wishes of the government.

"Related to 34 power plant which stalled, please if the project can proceed, it's just that the whole legal process should have been sorted out. Secondly, it must be built in accordance with the quality that we expected," said President Jokowi as reported from Setkab.go.id (20/3/2017).

The president said he did not want later if the power plant is finished, the capacity is only 30% or 40%. He warned that he can check the projects by said, "so do not mess with matters relating to the technical details. Definitely, I'll check because it involves trillions of money," said the President.

It actually finished and is not only in Mempawah, West Kalimantan which has been work at that time. There is 8 project and the development start almost at the same time which is in Lombok, Bangka, Lampung, Nias, Pontianak, Riau, Belitung, and Medan. Alhamdullilah it all of it already finished as much as 500 Megawatt," said the President.