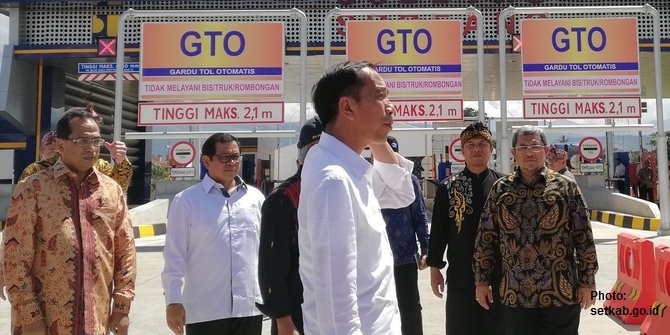 BANDUNG - Indonesian President Joko Widodo (Jokowi) has just inaugurated the Soroja toll road (Soreang-Pasir Koja) on Monday (4/12). Construction of this toll had been stalled since 1996 and now it's expected to cut travel time to Soreang.

President Jokowi in his speech said that Toll Soroja is the most expected infrastructure by the people of Bandung Regency and Bandung City, considering the project stalled long enough.

According to the President, with the opening of 10 km Soroja Toll Road, access to Soreang which is usually 1,5 hours can now be trimmed to 12 minutes. For that, President Jokowi remind people in South Bandung, especially Bandung regency, in order to prepare to be accelerated in various fields.

"Do not forget, be prepared also with e-toll cards because all doors are electronic systems," said President Jokowi, as reported from setkab.go.id (5/12).

The President believes, the existence of this Soroja Toll will make it easier for tourists to go to the tourist attractions by saying, "There is a beautiful lake of Situ Patenggang, Cileunca, Cimanggu, Ciwalini, Kawah Putih, Boscha heritage house up to the house which uses for the filming of Devil Servant Movie is in South Bandung."