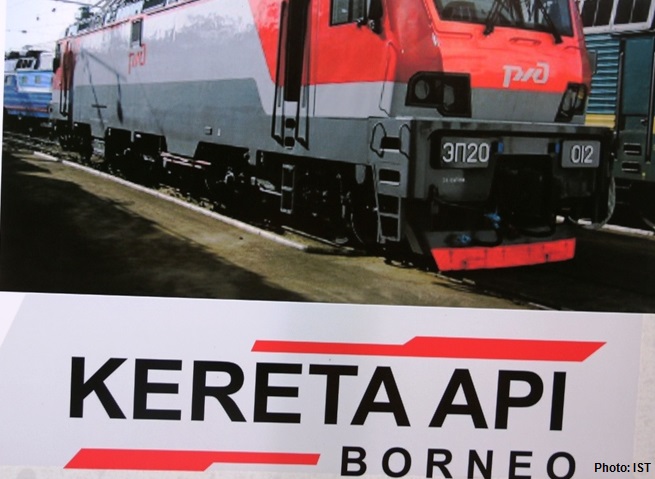 The commitment was confirmed in a meeting of East Kalimantan Governor Awang Faroek Ishak and East Kalimantan SKPD with PT Kereta Api Borneo and the Russian Federation Trade Representative for the Republic of Indonesia.

Sergey Kuznetsov explained that the priority of the realization of the current project is the development of the South Line, the construction of a port in Buluminung, Penajam Paser Utara, which is projected for storage and processing of coal and other cargo with annual capacity up to 5 million tons and other cargoes up to 1,5 million tons.

He explained that the port will be the entrance for the entry of heavy equipment and materials needed for the construction of railway lines. In detail, Sergey explains that at this time the first phase of development has done some steps such as land preparation for development, implementation of engineering design survey and preparatory work to begin construction.

PT KAB has collected important licenses, including the recommendation of the Ministry of Transport and the principle approval from the Governor of East Kalimantan for railway construction, the principal approval to build a port of Balikpapan Harbormaster (KSOP), recommendations for dock construction from KSOP, The Environment license of the Province of East Kalimantan for ports, permits from the Penajam Paser Utara District to undertake preparatory work in the port development project area as well as permissions related to the engineering survey work.

The environment is an important consideration for PT KAB in running its projects, therefore the company seeks to avoid conservation forests. In addition, PT KAB also protects existing forests from the need to build roads that require more land than rail.

The port construction is planned to be implemented in 2017-2018, while its operation is planned to begin in 2019. Meanwhile, it simultaneously also conducted work for the North Line. East Kalimantan Governor Awang Faroek stated that his side fully supports the realization of PT Kereta Api Borneo's projects.