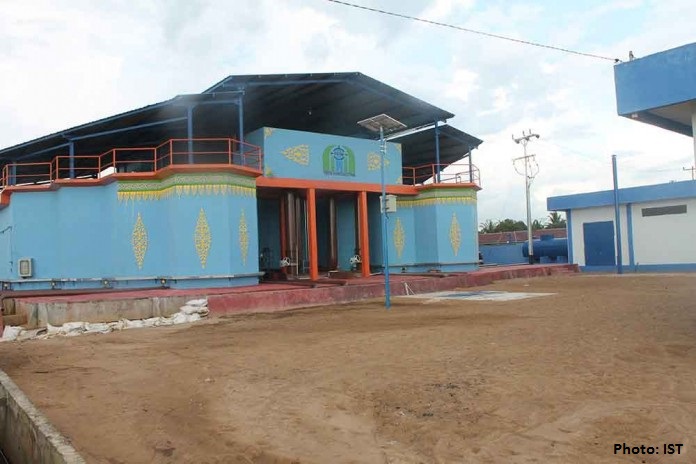 PONTIANAK - Minister of Public Works and Public Housing (PUPR) Basuki Hadimuljono reviewing the water infrastructure in the city of Pontianak. Together with the Mayor of Pontianak, Sutarmidji, he visited the Water Treatment Plant (IPA) Parit Mayor and assessing that the facility is very good and can be an example for IPA in other cities.

Minister Basuki reckon from the management terms, the results of water quality and service, the IPA has been very supportive of potable water for the community. "With a capacity of 300 liters per second, IPA has been very able to support the provision of drinking water in East Pontianak," he said as reported from pu.go.id (21/12/2016).

"IPA is already generating pretty good raw water source, I had seen the turbidity (cloudiness) is already quite low," he said.

In addition to the low turbidity levels, he added that the PH content contained in the raw water produced IPA is approaching the normal rate, which is equal to 5,8. "The peat is usually too acidic in pH of 3-4, far from normal PH which is 7," said Basuki.

He said with a pH of 5,8 is then not required a lot of additional chemicals to improve the content of PH, thereby reducing production costs and raw water safer for consumption.