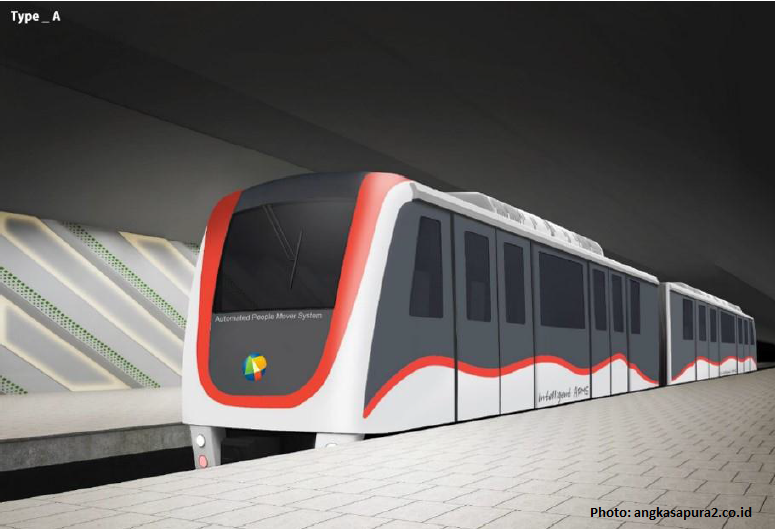 TANGERANG - Soekarno-Hatta International Airport will be equipped with Automated People Mover System (APMS), transportation between terminals based on driverless train or sky train which began in June 2017. The operational will use 1 trainset consists of two trains with a total capacity can accommodate 176 people for passengers or airport visitors from Terminal 2 to Terminal 3 and vice versa.

Moreover, the Skytrain will be fully operational by 3 trainset with a total capacity of 528 people which connecting Terminal 1, Terminal 2, Terminal 3, and integrated building in August 2017.

President Director of PT Angkasa Pura II (Persero) Muhammad Awaluddin said in the press release, "In order to optimize the service, we planned the headway Skytrain time spent 5 minutes maximum with time travel from T1 and to the integrated building, then go to the T2 and T3 is set 7 minutes. For passengers or airport, visitors can easily see the schedule or arrival time of Skytrain in Indonesia Airport that can be accessed through a smartphone."

"In line with efforts to make the Soekarno-Hatta International Airport as a transit airport, this Skytrain will clearly facilitate the movement of passengers between Terminal 1, Terminal 2 and Terminal 3," added Muhammad Awaluddin.

Trainset Skytrain procurement along with the technology in it was prepared by PT LEN Industri (Persero) and Woojin, a South Korean company with an investment issued by PT Angkasa Pura II (Persero) amounting to Rp 530 billion. The Skytrain is equipped with a system of Automated Guideway Transit (AGT) equipped with self-propelled rubber tires. Skytrain operating speed can reach 60 km / h.

For the construction of infrastructures such as track and Skytrain terminal, PT Angkasa Pura II (Persero) invested Rp 420 billion in which the construction is done by KSO between PT Wijaya Karya Tbk. and PT Indulexco.

"PT Angkasa Pura II (Persero) is proud to synergize with other State-Owned Enterprises PT LEN Industri (Persero) and PT Wijaya Karya Tbk in presenting the Skytrain, this will bring Soekarno-Hatta to a higher level as well as make the national airport sector in the new era," stated Muhammad Awaluddin.