Syamsuddin Noor Airport Will Be Expanded on March 2017 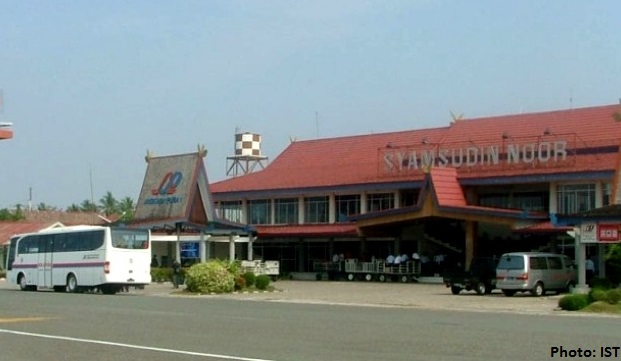 BANJARMASIN - Transportation Minister of the Republic of Indonesia Budi Karya Sumadi explained that Syamsuddin Noor Airport Banjarmasin will be developed at the beginning of March 2017. He strongly supports the development of airport infrastructure in order to make the Banjarmasin city more advanced.

Budi Karya Sumadi conveys this thing at his working visit in Banjarmasin. Phase I Construction will expand Syamsuddin Noor Airport terminal into a 50.359 m2 to accommodate 6 million passengers per year as well as the extension of the runway to 3000 x 45 m2, as well as apron capacity expansion to accommodate 18 aircraft.

Budi Karya also explained in detail, "Banjarmasin is an amazing city. People are very dynamic. For that we want the Banjarmasin public to progress. And it's State duty through PT Angkasa Pura I to bring the airports that could serve the community. Usually, when the airports enlarged, passengers will be increased and the area here developed."

In order to anticipate the movement of goods continues to increase with an average increase of 10 percent per year, Syamsuddin Noor airport cargo terminal will also be expanded to 5.000 m2 of current conditions that only an area of 802 m2.

The Development will continue until stage 4 in the year 2047. It is targeted in that year to have a passenger terminal covering an area of 103.953 m2 which can accommodate up to 12 million passengers annually.