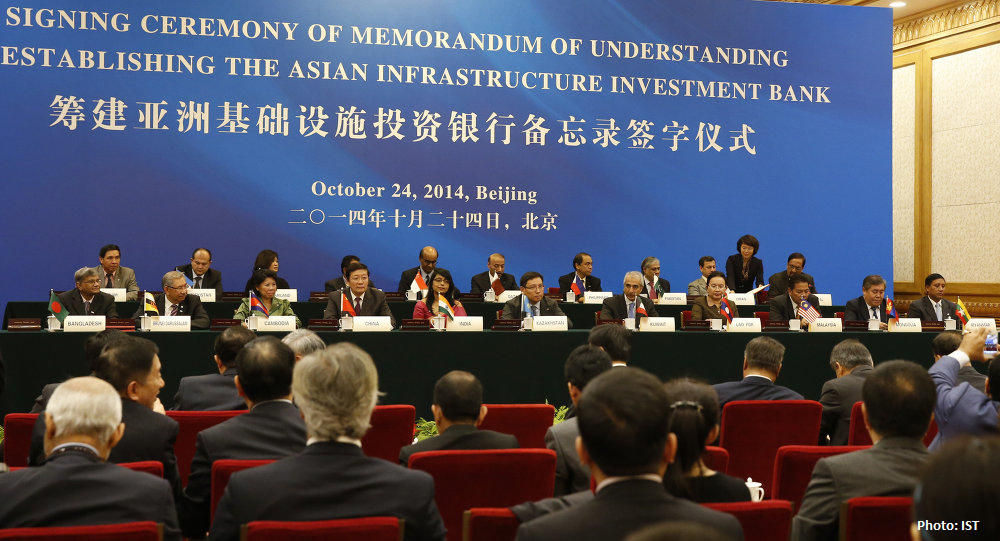 JAKARTA - An economy that continues to grow in the ASEAN region has brought awareness of the importance of infrastructure development in each member countries. Infrastructure was played an important role in economic growth because it simplifies access to the distribution of goods and services and helps reduce the amount of poverty in the ASEAN region while creating connectivity between the member states.

The masterplan for ASEAN member countries in the development of infrastructure requires a strong investment support, especially to be able to develop large-scale projects such as transport, energy, ports and various other facilities in order to support interconnectivity. Hence the Asian Infrastructure Investment Bank (AIIB) could be the answer to be able to meet the necessary requirements in the development of infrastructure of ASEAN member countries.

As reported from th.boell.org, Thursday (24/11/2016), the role of China in the global financial sector is driven also by a variety of major developments became one of the reasons behind the presence of AIIB which the initial authorized capital is US$ 100 billion. China holds the largest number of shares, roughly 30%, and controls over 26% of the voting share. The bank will focus on financing infrastructure and “other productive sectors” in Asia, with the aim of fostering sustainable economic development, creating wealth and improving infrastructure connectivity in Asia.

The bank’s management is likely to have much greater authority to approve projects than those at international financial institutions such as the World Bank or Asian Development Bank, whose boards provide oversight of such decisions. The bank’s president, Jin Liqun, has stressed the AIIB’s commitment to being “clean” and has committed to developing a strong institutional culture based on ethical standards, with zero tolerance for corruption.

The environmental and social framework of AIIB was developed by a team including former World Bank safeguards specialists and draws on the standards of the World Bank and the Asian Development Bank. In early 2016, the bank adopted the framework, which commits it to pursuing sustainable projects, protecting the vulnerable and ensuring stakeholder engagement. As members of the AIIB, ASEAN member countries could get access to infrastructure financing and it creates a significant impact on the ASEAN region. The main expectation is it could supporting a more rapid roll-out of regional infrastructure investment plans, and contributing to enhanced connectivity, not only between China and ASEAN but also among ASEAN member states.