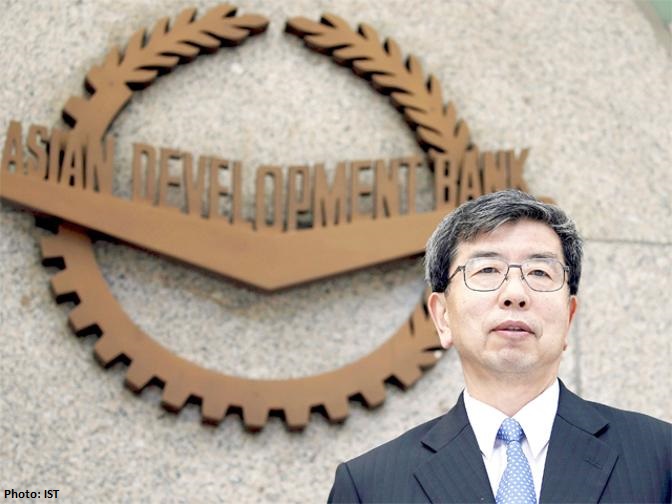 YOKOHAMA - Presidents of the Asian Development Bank (ADB) Takehiko Nakao is optimistic about the bright prospects of Asia's economic growth which estimated at 5,7 percent in 2017. He assured the importance of smart investment in infrastructure and technology to support the economic growth.

This was disclosed Takehiko Nakao when opening the 50th Annual Meeting of ADB's Board of Governors. ADB’s Annual Meeting hosts about 6,000 government officials, academics, business officers, civil society representatives, and members of the media. Held in Yokohama, Japan, under the theme “Building Together the Prosperity of Asia,” the Annual Meeting is also a celebration of ADB’s 50 years of development work in Asia and the Pacific.

"Accelerating economic growth in Southeast Asia and South Asia can help address the slow momentum in China, but this requires smart investment in infrastructure and technology," said Takehiko Nakao, president of the Asian Development Bank (ADB), as reported from voaindonesia.com (8/5/2017).

ADB President Takehiko Nakao and other regional creditor leaders say investment should be focused on high-quality projects and technology should be provided to all, while countries save to cover the shortfall in required expenditure.

In the meeting, Japan's Finance Minister Taro Aso said Japan as ADB's largest donor would contribute $ 40 million to fund promoting high-tech use. Aso also requested that ADB adopts a strong strategy to ensure ADB remains a very relevant institution today when investment needs in infrastructure such as power generation, sanitation, roads and ports are growing in quantity and quality.