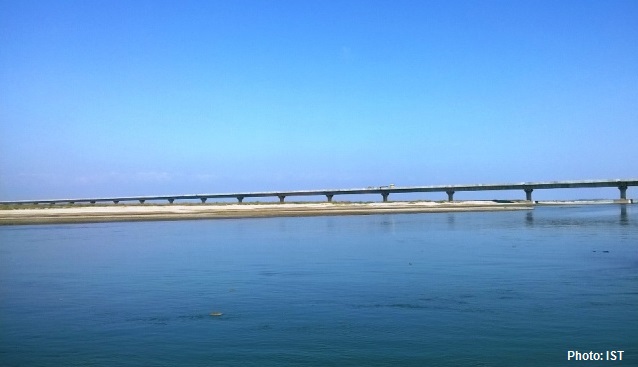 NEW DELHI - India and China are two major Asian countries that border directly and have unstable bilateral relations. Relations between the two countries are heating up once India inaugurated the 9,15 km Dhola Sadiya bridge infrastructure that passes over the Lohit river.

Dhola Shadiya Bridge built since 2011 is the longest bridge in India linking the state of Arunachal Pradesh to Assam state in the northeastern region. China had claimed the Arunachal Pradesh region as part of its territory by calling the area "Southern Tibet" and criticising India for receiving the visits of Dalai Lama, Buddhist spiritual leader from Tibet.

India Home Affairs Minister, Rajnath Singh stressed the importance of developing infrastructure in the state. The step is part of an effort to strengthening the defence along the border line adjacent to China. "We want peace, but with honourable ways. We need to prevent anyone who thinks we are weak," Singh said as reported by the BBC (30/5/2017).

On a different occasion Khiren Rijiju, India's young Minister of Home Affairs, said that Arunachal Pradesh is part of India and that the reality will not change, regardless of who likes it or not. "With China's increasingly aggressive, it's time we strengthen the infrastructure to defend our territory," he said.

An engineer from the military said the Dhola Sadiya Bridge was capable of passing a 60-ton battle tank. "We need infrastructure to deploy armed forces and supplies if we have to fight with China and this bridge is very meaningful," said Gaganjit Singh, retired majoring general army to the BBC.

He added, "For two decades, India has not yet done infrastructure development in Arunachal Pradesh. But now we are on the right track. After the 1962 war, many people believed, China would use that road if they attacked again."

India is currently building four more projects to expand the road. India also built its military infrastructure as much as two divisions in the mountains as well as the strengthening of combat troops as a defence against China.