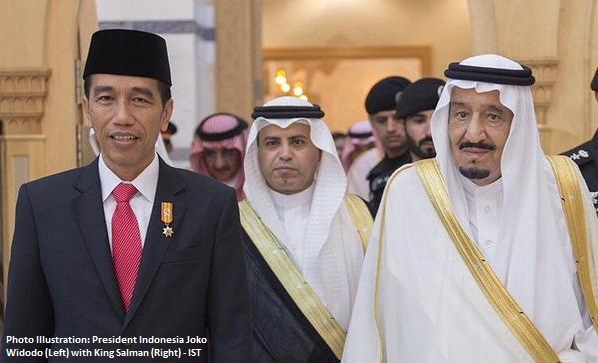 This opportunity is open after Raja Salman's visit to Indonesia, which in the occasion resulted in 11 cooperation agreements. According to Hery, Indonesia has the potential of human resources (HR) which competent and professional to work on various infrastructure projects in the fields of transportation, construction, hospitality, residential and hospitality, as well as other strategic projects.

"The secretary general of MDA welcomes the cooperation opportunities in the fields of economy, trade, tourism and investment with Indonesia after the visit of King Salman to Indonesia some time ago," said M. Hery Saripudin in the press release.

The railroad's development in this city will connect the fast train line Al-Haramain from Medina International Airport -Haramain (Nabawi Mosque) - Quba Mosque. The majority of the rail line was built underground and a small portion appeared on the ground in order to facilitate and ensure the smooth transportation of hadjis and Umrah when conducting worship and pilgrimage in Medina.

ITPC head Gunawan added Jeddah mega project is still in the stage of feasibility studies, planning, and design which conducted by a consortium of South Korea's largest companies, namely Hyundai, LG, and Samsung, with an investment of USD 4 billion.

"This opportunity is a momentum for Indonesia to participate in railway projects in Saudi Arabia. Indonesia has the railway industry (PT. INKA Madiun) specialised in railway construction, railway carriage of passengers and goods, as well as spare parts that have penetrated the international market," said Gunawan.