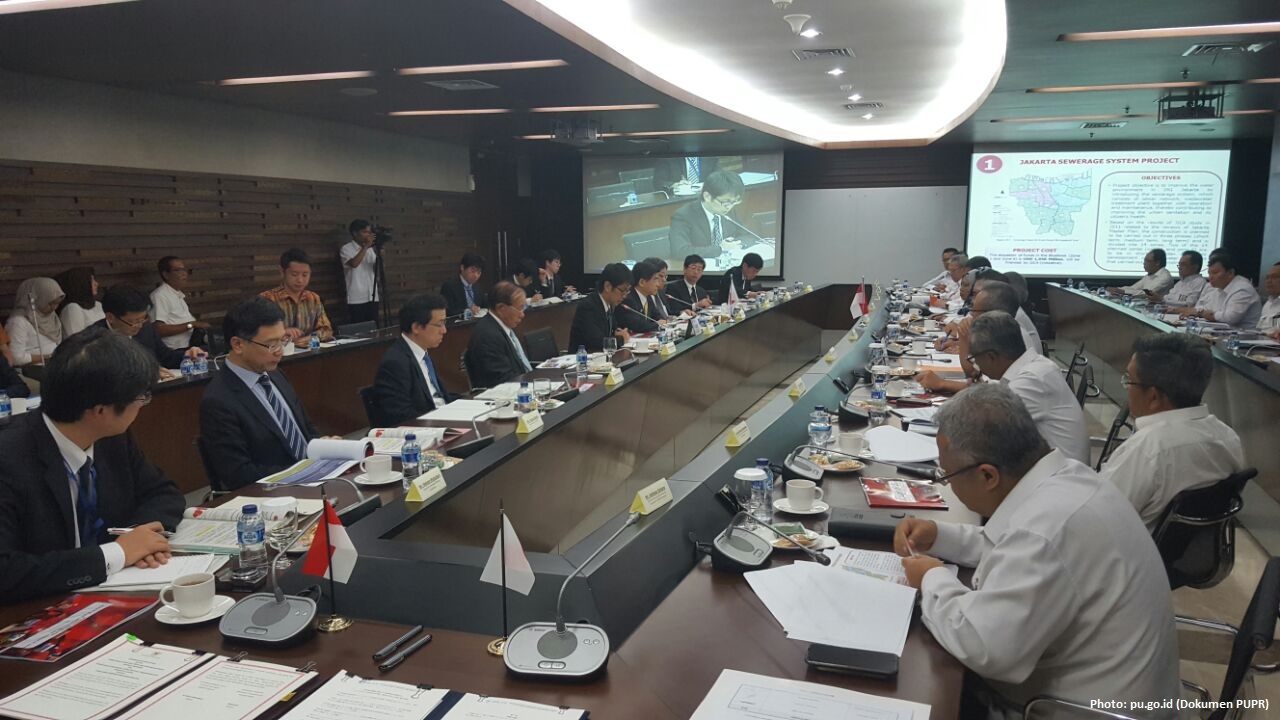 JAKARTA - Indonesia and Japan have been officially continuing the cooperation on infrastructure development for 2013-2016 period to the 2016-2019 period, which was inaugurated by signing ceremony Memorandum of Understanding. This is done at the PUPR  Ministry, Thursday (29/12) ago.

The signing of a memorandum of understanding done by the Minister of Public Works and Public Housing (KEMENPUPR), Basuki Hadimuljono and Minister of Land, Infrastructure, Transport and Tourism of Japan Keiichi Ishii and accompanied by the Japanese Ambassador to Indonesia Yasuaki Tanizaki.

"This partnership is a continuation of the 2013-2016 period, today we updated to the period 2016 up to 2019. This is not a project collaboration, but rather the exchange of experience and information," said Minister PUPR Basuki Hadimuljono, as reported from pu.go.id (3/1/2017).

Minister Basuki stated one of the issues highlighted in the meeting was the project management of wastewater systems in DKI Jakarta. He explained that Japan Government in 2011 through the Japan International Cooperation Agency (JICA) has conducted a study that recommends the development of wastewater system that is divided into 14 zones, two of which will be funded by the Japanese.

Other cooperation which discussed at the meeting is related to the handling of the beach in Bali, the quality is declining in recent decades due to erosion. Minister Basuki said the similarity of geographical conditions between the two countries as one of the reasons behind the cooperation in the sector of coastal conservation.

"For Bali Beach Conservation Phase 1 has been very successful in terms of both technology and the environment. The operational management is not just from the application of technology to deal with coastal erosion but also pay attention to maintaining the coral reef environment," said Basuki.