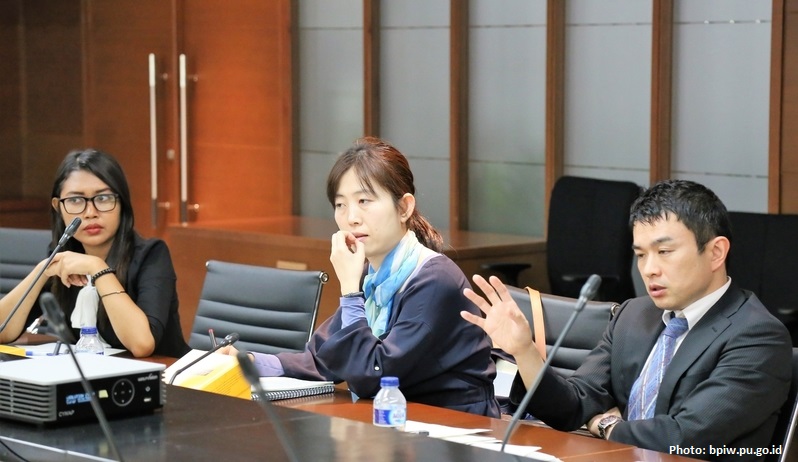 JAKARTA - Indonesian Government focus in developing infrastructure has attracted the Japanese government. This was stated by Director of International Cooperation, Ministry of Land, Infrastructure, Transport and Tourism of Japan, Yoshikazu Kuki which accompanied by his staff, Yuriko Takanagi when visiting the office of Board of Infrastructure Development and Regional (BPIW) of Ministry of Public Works and Public Housing (KEMENPUPR) in Jakarta, Wednesday (22/2).

During the meeting, Yoshikazu Kuki admits that the Government of Japan is interested in doing a variety of infrastructure development exploratory cooperation in Indonesia. The Japanese government delegation's visit was welcomed by the Head of Infrastructure Planning PUPR, Bobby Prabowo, accompanied by Head of Strategic Planning and Analysis of the Benefits, Zevi Azzaino and his staff.

"The opportunity to develop infrastructure in Indonesia is very attractive. We want to be able to participate jointly develop various infrastructure, "said Yoshikazu, as reported from bpiw.pu.go.id (24/02/2017).

He rates that infrastructure development in Indonesia have very bright prospect because there will be a lot of things to do in developing infrastructure sector. Indonesia has a wide range of territory and its population keep grow. The cooperation is also expected to strengthen the good relations between the two countries.

He explained that all regions in Indonesia are classified into 35 WPS. "WPS usually consists of urban areas, industrial areas, tourist areas, the new town public, barns and others," he said.

Bobby admits the Indonesian government is always open for cooperation with various parties. One of them, Bobby said, the government conduct innovation in Infrastructure Financing Non-State Budget Program (PINA), which aim to accelerate government programs in infrastructure provision.