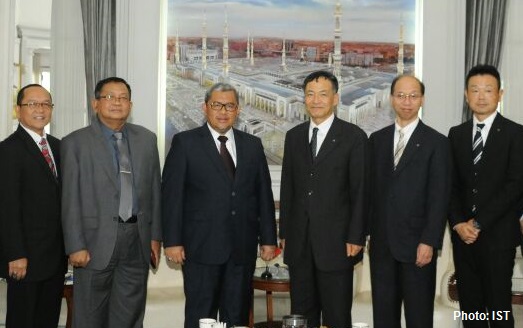 Aher explained that Takashi Namba's visit was a return visit after he and his delegation visited Shizuoka in November 2017. The visit was conducted in the framework of the signing of a joint agreement between West Java Province and Shizuoka Prefecture in the field of Economy and Human Resource Improvement.

"One of the cooperation focus which raised during this visit is cooperation between Shizuoka Airport Mt. Fuji and West Java International Airport (BIJB) Kertajati," said Aher as reported from jabarprov.go.id (17/1/2018).

Aher explained that the agreed cooperation is related to the opening of Kertajati-Shizuoka direct flight route and cargo shipping cooperation. On this occasion, there is also a meeting agenda with the directors of West Java International Airport (BIJB) and Garuda Indonesia Airlines.

Several cooperative activities that have been implemented include the participation of Shizuoka Prefectural Government at West Java Eco-Marathon event in Pangalengan, Bandung Regency in October 2017.

During the visit, Takashi Namba paid great attention to 'Gedong Gincu' mango. According to him, the people in Shizuoka City which located in the warm Pacific Ocean is the people are very fond of that local fruit typical of Indramayu-Majalengka.