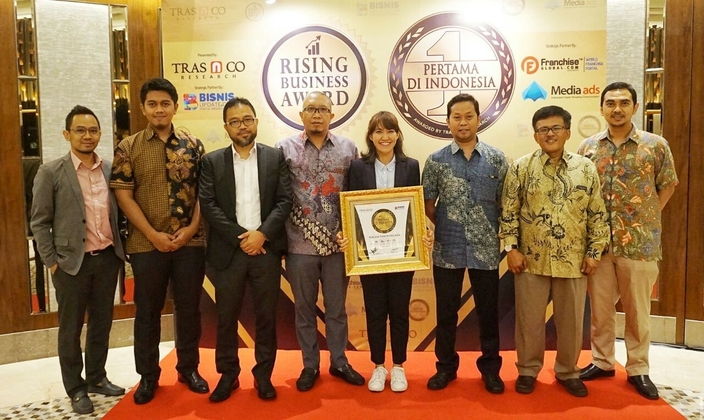 JAKARTA - Since its introduction in 2012, PVC-O Apollo Pipes - one of the flagship brands of PT. Wahana Duta Jaya Rucika has become part of Indonesian society. Its existence for almost 5 years is confirmed by Tras N Co research institute that focuses on research in the field of business, in the form of award 'First in Indonesia (PERDI)' 2017 because it is considered to have the spirit of innovation and creativity.

The PERDI 2017 award was handed over by Trash N Co Research Chief Executive Officer Tri Raharjo to CCS Manager of PT Wahana Duta Jaya Rucika, Putra Wijaya on Thursday, November 23, 2017, at Hotel Ayanna Mid Plaza (Intercontinental Hotel) Ballroom, Central Jakarta. This award is based on a survey conducted by Tras N Co on 100 selected and surveyed companies that are considered to have successfully created innovation and work.

The valuation methodology is based on three aspects, namely The First Aspect (fulfill the first element in Indonesia in product or service category), Evidence Aspect (having evidence or can be proven through media coverage as First In Indonesia for its product and service category) and Validation Aspect (letter validation data or proven by online validation survey via search engine).

"We are both proud and grateful for this award. Therefore we will continue to work by creating new innovations to provide the best to the people of Indonesia," said CCS Manager PT Wahana Duta Jaya Rucika, Putra Wijaya, as reported from rucikawavin.co.id (27/11).

According to Putra, Apollo PVC-O Pipe is one of the superior products because it has various advantages such as flexibility and high impact power, quality materials and easy installation. "Since a few years ago, Apollo PVC-O pipes have been used for the distribution of clean water in various cities in Indonesia such as Mataram, Magelang, Yogyakarta, Wonosobo, Semarang, NTB, Padang, Jababeka, Cirebon, and several other areas," he explained.

Apollo PVC-O Pipe is an innovative product for pressurized water applications that have special characteristics because they are made of uPVC (unolasticized Polyvinyl Chloride) with Biaxially different methods than ordinary PVC. This makes Apollo anti-lead PVC-O Pipe has high performance both from impact ability, ductility (crack/break), flexibility and lighter weight than ordinary HDPE or PVC pipe.

"PVC-O pipe if viewed in terms of quality is a blend of PVC and HDPE, the same high impact as HDPE, with a very simple installation such as PVC, easier mobility/cheaper, with large diameter inside, for the same pressure class, the water flow capacity is also higher than PVC & HDPE, so for the cost of course more efficient," he concluded. 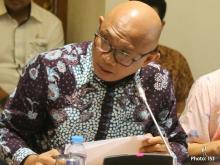