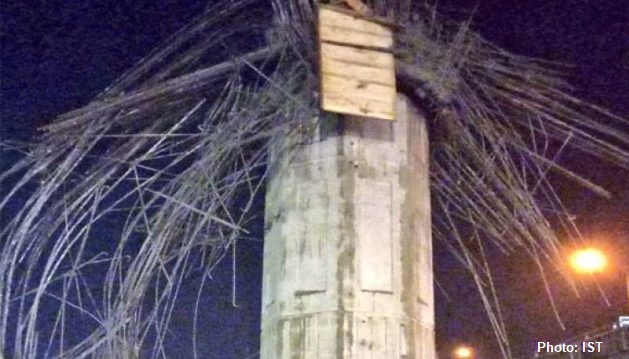 The construction accidents left 7 workers on the project severely injured. So far the accident is still under investigation by Puslabfor POLRI (Police of the Republic of Indonesia).

"Soon, Police Puslabfor team will come to investigate the cause of this construction accident, the causes of this project accident can be known after getting a report from the puslabfor team," said East Jakarta Police Chief, Kombes Pol. Tony Surya Putra this morning as reported from rri .co.uk (20/2).

The Becakayu Toll Road Project is a National Strategic Project (PSN) undertaken by PT Waskita Karya (Persero) Tbk starting in 2014 with a contract value of Rp 7,23 trillion and has a length of 11 km.

The accident occurred because when the pier head foundry, concrete conditions are still wet and formwork slumped so that eventually fell. Waskita Karya has also coordinated with the authorities to deal with this issue.

"Currently, it is being investigated internally and by the police to obtain data and information about the event and hopefully the result can be obtained within 1x24 hours," he explained.