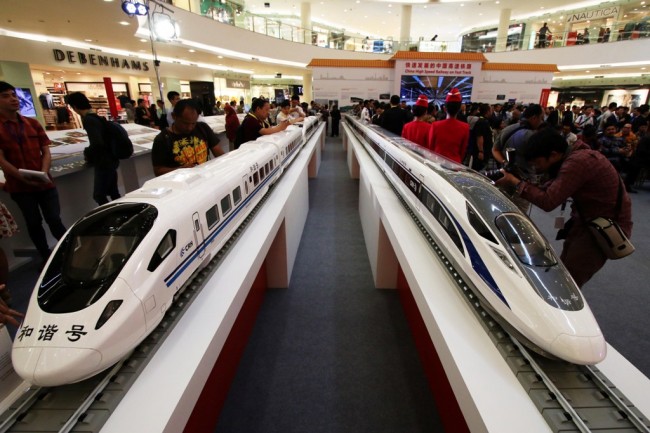 Jakarta – President Director of PT Wijaya Karya (Wika) Tumiyana has said the progress of the construction of the Jakarta-Bandung high-speed train project reached 7.6 percent to date, but he assured that the project would be completed in 2021.

He added that land acquisition for the project had reached 76 percent. “The project is taking place normally. It will be complete in about 2021,” said Tumiyana as reported by thejakartapost.com, adding that the construction would be accelerated to meet the deadline.

Wika is a member of a consortium of PT Kereta Cepat Indonesia China (KCIC), which the government has tasked with implementing the construction of the project, whose major funds would come from China Development Bank (CDB) loans.

The investment is projected to reach US$5.9 billion, 20 percent of which is in equity.

Tumiyana expressed his optimism that the project was financially sound, particularly because the revenue would come not only from ticket sales from the train operation but also from properties that would be developed by the company.

“Let me explain that our debt will be around Rp 61 trillion [US$4.17 billion]. The grace period is 10 years, and we will pay back the debt in installments for 40 years. We are developing property projects in three places with a valuation of Rp 360 trillion,” he added.