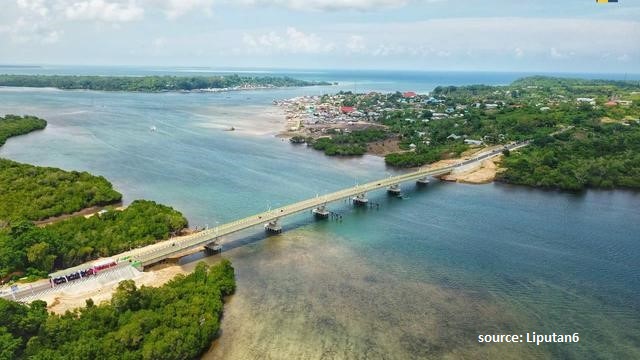 The construction of Leta Oar Ralan Bridge which previously known as Wear Arafura Bridge was built by Ministry of Public Works and Housing through National Road Implementing Center (BPJN) XVI.

Basuki on the inaugurating session said the operation of the bridge is longly awaited by the people inside the two islands, especially to re-enforce connectivity on the border area while also improve the living quality and increase the economic growth.

“Besides building a bridge, Minister of PUPR is also fixing up several roads on the two islands that length 158 km,” he said on his written note.

Meanwhile, Sri Mulyani said, she is very happy to be invited by Minister Basuki on the inauguration day of Leta Oar Ralan Bridge.

According to her, this infrastructure development is a platform to connect people. It also facilitates the government to give the best basic services to the people.

“We hope this bridge which funded by Government Islamic Securities (SBSN) could increase the people’s welfare and economic activity, also improve social interaction between the two islands,” she said.