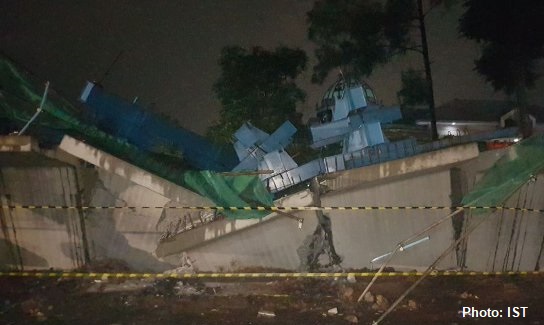 JAKARTA - Work accidents in the construction project re-occur in Jakarta, which caused by the box girder that fell in the Light Rail Transit (LRT) project route Kelapa Gading - Velodrome.

The incident occurred on Monday (22/1) and caused five workers injured. Quoted from viva.co.id (23/1), PT Wijaya Karya in a press statement explained still continue to conduct an investigation to know the cause of the construction accident.

This incident also made the President Director of Waskita Karya, M. Choliq spoke. As reported by jawapos.com (24/1), he revealed the speed of infrastructure development becomes one of the things that increase the possibility of construction accidents.

"It's a work accident. We know that the current pace of infrastructure development may be many times over. I give an illustration, if (we compare) a motorcycle who runs of 40 km per hour with a 140 km per hour, most likely accidents occur on a motor that runs 140 km per hour," said President Director of Waskita, M. Choliq.