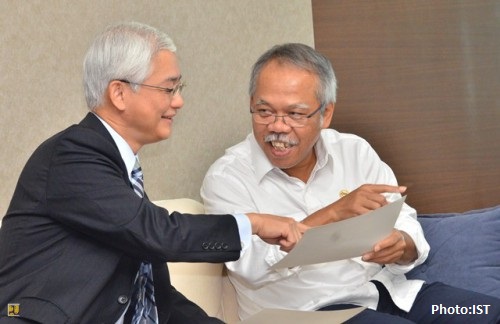 TOKYO – Ministry of Public Works and Housing (PUPR) require 931 Trillion IDR to build infrastructure during the period of 2015-2019. However, the budget needed cannot be fulfilled entirely by the state budget, that’s why private consortium is needed to fulfill the budget required.

Moreover, from the 931 Trillion IDR budget, the government is targeted to build 65 dams, 45 of which are new dams, 1,000 km of toll roads, 100-0-100 programs for clean water, slum and sanitation arrangements and a one million house program.

“To win the global competition, it can only be achieved if the country is ready, including the availability of supporting infrastructure,” Minister Basuki said in a press release as reported from jurnas.com (16/07/2017).

While Japan's PM Special Advisors Hiroto Izumi assess Japan's investment into Indonesia will strengthen, along with meetings of President Joko Widodo and Shinzo Abe some time ago. The partnership is further strengthened with Minister Basuki's presence in Japan.