Infrastructure Becomes One of Homework for the New Leader of Jakarta 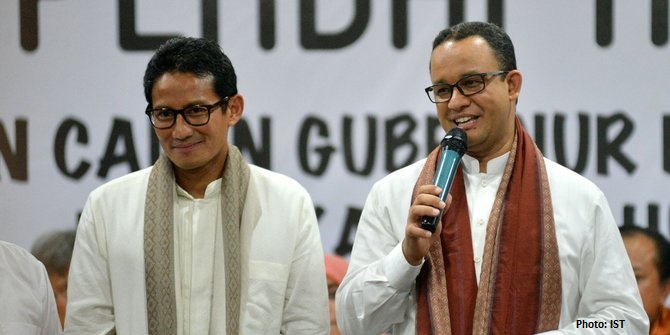 JAKARTA - Megapolitan city of Jakarta which became the capital of the Republic of Indonesia will certainly get a new leader after making the 2nd round of regional elections Wednesday (19/2/2017). The infrastructure of Jakarta is ensured to be one of the homework that must be addressed by the pair of the elected Governor candidate.

Based on the results of the Quick Count of the Litbang Kompas DKI Jakarta, the number 3 pair Anies Baswedan (Anies) and Sandiaga Salahuddin Uno (Sandi) succeeded in winning 58 percent of incumbent pair number 2, Basuki Tjahaja Purnama (Ahok) and Djarot Saiful Hidayat (Djarot) which gain 42 percent. Based on the results of the Real Count of General Elections Commission, which is accessed directly by Infrastructure Asia Online on the official website of pilkada2017.kpu.go.id, there is 54,4 percent of incoming data (7,091 data from 13,034 TPS). From these results, the Anies-Sandi pair winning 56,41 percent of the incumbent pair Ahok-Djarot who get 43,59 percent.

The information ensures that Anies-Sandi pair will be the new leader for Jakarta. There are a lot of homework to do when both officially lead, where Anies served as Governor of Jakarta and Sandi as Vice Governor.

"Jakarta has long been a megapolitan and if viewed megapolitan in the world, like Mumbai, London, New York, and Beijing, infrastructure and public services development is very important,"said Economist and Member of the Board of Commissioners of the Deposit Insurance Agency (LPS) Fauzi Ichsan, as reported from tribunnews.com, today (20/4/2017).

He added, "Whoever wins later, can continue the program Development of infrastructure and improvement of educational facilities and of course health."

Separately, Head Research of Koneksi Kapital Alfred Nainggolan says the vision of building Jakarta between Ahok and Anies is different. But, that does not mean when Anies lead later infrastructure projects will be stalled.

As reported from kontan.co.id today, Alfred explained, "Because, infrastructure projects are still a lot come from the government projects. So, if the infrastructure project stops, the impact (negative) will not be significant. There are negative but specific impacts on projects such as the construction of floodways and the like."

Entrepreneur Hilmi Panigoro who is also the President Director of PT Medco Energi Internasional also revealed from the many problems in Jakarta, which need to be addressed immediately is flooding issue. After that, then let's fix other infrastructure.

"Perhaps the most important are flooding problem, then continue with the city infrastructure, roads and others," said Hilmi Panigoro as reported from detik.com (20/4/2017).

This city does need a variety of improvements, in order to create progress and comfort for the entire community. For that reason, the infrastructure needs the special attention and hard work of Anies-Sandi when both have been officially inaugurated, not only for the various projects that have been implemented but also the preparation of various new infrastructure projects that have become a breakthrough for one of the largest and most populous cities in Southeast Asia, Jakarta.