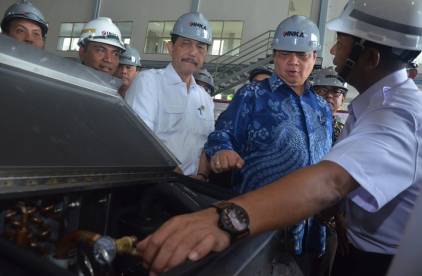 JAKARTA - The use of local components in the Jabodetabek LRT light rail project is targeted to reach 65 percent by 2019. This is an attempt by the national rail industry to spur the use of domestic component level (TKDN).

This effort occurs because of the synergy between BUMN and related stakeholders, such as private parties, supporting industries, and small and medium industries. Thus it is expected to create a variety of positive things for the community.

"With this project, it is expected to create new job opportunities and the multiplier effect on SME's involvement," said Minister of Industry of Airlangga Hartarto in a press release (19/1/2018).

According to Menperin, railway industry in Indonesia today has grown and developed, both in terms of technology and business capabilities. This is in line with the policy mandated by Government Regulation No. 14 of 2015 on the National Industrial Development Master Plan (RIPIN), in which the transportation equipment industry is appointed as one of the mainstay sectors of the future.