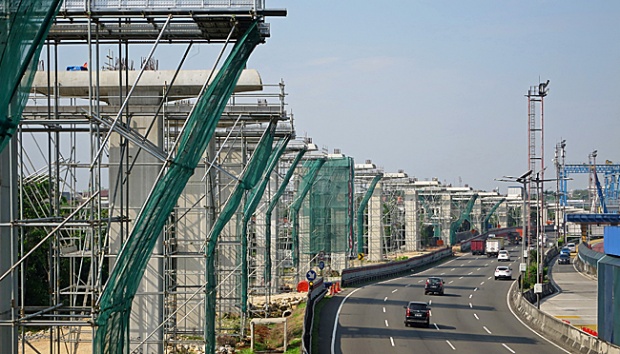 President Joko “Jokowi” Widodo has signaled that the infrastructure drive will not diminish even after his administration shifted its focus to human capital development in the proposed 2019 state budget.

The government has earmarked Rp420.5 trillion (US$28.8 billion) for various infrastructure developments in the archipelago next year, which is set to be the highest spending on infrastructure in the country’s history. It is hogher than the previous record of Rp410.4 trillion for this year.

Reflecting its importance as one of Jokowi’s signature programs, infrastructure spending for 2018 will be an increase of 64.19 percent from Rp256.1 trillion in the 2015 state budget, the first state budget under Jokowi administration.

Jokowi made a bold move in the beginning of his term in 2015 to cut the fuel subsidy and realocate the budget to spending that was deemed more productive to the economy, including infrastructure.

Despite the annual increase of infrastructure spending under the current administration, Jokowi had previously faced criticism for his infrastructure development program. It was seen as too ambitious and streching the financial conditions of state-owned enterprises, which were often appointed as the project’s developers.

Jokowi defended the rise of infrastructure spending under his watch in his speech at the People’s Consultative Assembly on Thursday, arguing that his flagship program was not all about physical development but also had some cultural aspects.

It is also set to build four new airports, 84,000 houses for low-income citizens under the housing financing liquidity facility and 7,512 low-cost apartments, among other projects.