APBN Utilisation for the Development of Gas Network in Surabaya 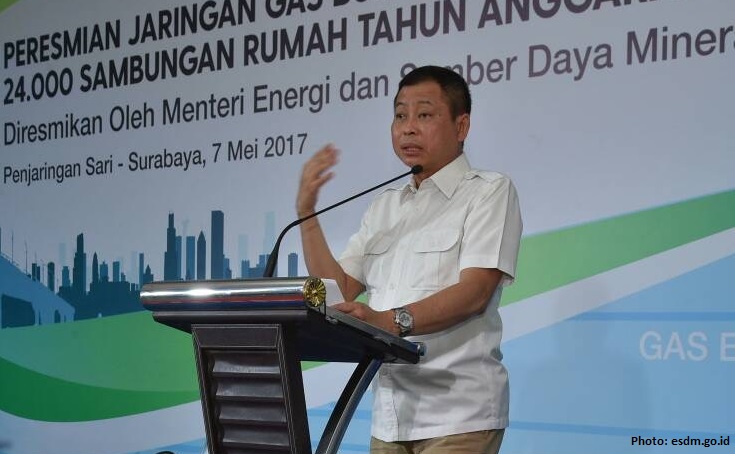 SURABAYA - Community especially the middle to lower class, should be able to feel one of the effects of infrastructure development from the State Budget (APBN). The Ministry of Energy and Mineral Resources (ESDM) of the Republic of Indonesia made this happen by building the infrastructure of the city gas network in Surabaya, East Java.

Provision of the gas network for households in Surabaya City is allocated for 24,000 House Connection (SR) through APBN funding in 2016 worth Rp 221,9 billion. This development is a continuation of the previous program which built in 2009 in the amount of 2,900 SR.

"In accordance with the direction of the President of the Republic of Indonesia, APBN funds should be used to build something that is needed by the community, such as gas network development. All development will be directed to extraordinary equity. The priority is for simple homes, simple towers, and areas that require far more savings, "said ESDM Minister Ignatius Jonan as reported from ESDM press release (9/5/2017).

Surabaya is one of the cities that became the pilot of gas development for the national households due to the availability of gas resources in the vicinity of East Java, the gas pipeline is quite good and the support of the Regional Government. ESDM Ministry has assigned PT Perusahaan Gas Negara Tbk (PGN) to undertake the construction and operation of 24,000 SR gas network in Surabaya based on ESDM Ministerial Decree No. 4823.K/12/MEM/2015.

Gas supply for the gas network in Surabaya comes from PT Pertamina Hulu Energi (PHE) West Madura Offshore with an allocation of 0,6 mmscfd. The total length of pipes built to deliver gas to 24,000 SR reaches more than 196 kilometres (km) including East, Central and South Surabaya.

Gas network Utilisation will save household expenses compared to 3 kg LPG tube. Communities can save up to 36% compared to 3 kg of LPG. On average, each household only needs to spend around Rp 36 thousand per month if using natural gas. Meanwhile, when using LPG 3 kg, it costs Rp. 52-57 thousand per month. In addition, gas network program will also save 3 kg LPG subsidy in APBN.

"This is equivalent to a national savings effort on subsidies of approximately Rp 1,5 billion per month or Rp 18 billion per year," said Ignatius Jonan.