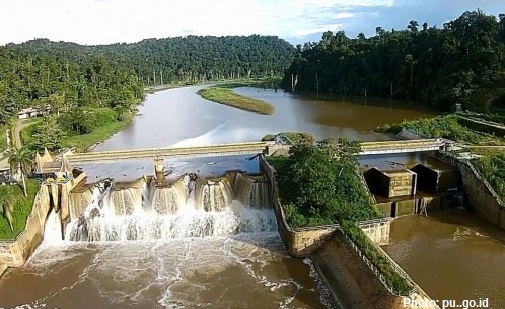 JAYAPURA - Public Works and Housing (PUPR) Ministry encourages the development and rehabilitation of dams and irrigation networks in Papua and West Papua. The two easternmost provinces in the Republic of Indonesia are expected to become the commander of national development as well as the spearhead of competition between countries.

The regions of Papua and West Papua have the highest rainfall in Indonesia, so it is suitable to support agriculture. The potential is presented by the PUPR Minister Basuki Hadimuljono who plans to prioritize the management of Natural Resources in Papua for the construction of small irrigation networks.

"Papua have the greatest potential of water from all parts of Indonesia because of the highest rainfall We prioritize the management of natural resources in Papua for the construction of small irrigation networks supporting agriculture," said Minister Basuki as reported from pu.go.id (12/9).

To supply the irrigation water needs, the PUPR Ministry through the Balai Wilayah Sungai (River Basin Center/BWS) Papua builds the Wanggar and Nuhoa dam in Nabire Regency, Papua Province. The PUPR Ministry has also succeeded in building Yahukimo Dam in Yahukimo Regency which built from 2012 until 2016 and able to serve 3,200 hectares of agricultural land.

For Nabire Region, currently, the Ministry of PUPR is finalizing the left intake channel on Kalibumi Dam. Furthermore, in Yapsi District, Jayapura District has also been built DI. Lereh that utilizes the water source from the Nawa River through Lereh II Dam with a gravity system to irrigate an agricultural area of 2,119.36 hectares.