Railway infrastructure Development in Sulawesi from the Past to Present 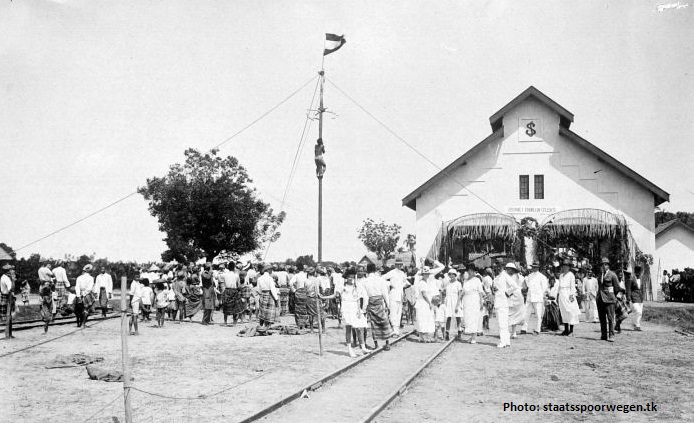 SOUTH SULAWESI - Sulawesi is one of the largest islands in Indonesia which yet have the railway transportation infrastructure. Sulawesi now seeing a new era with the presence of trans-Sulawesi trains that will operate in April 2018. Even so, it turns out that train services infrastructure ever existed on the island which used to be called Celebes.

Sulawesi is one of the most important islands in the era of the Dutch East Indies Government and at that time, 'zee en rail' (sea and rail) is considered as unity due to the important role in the trade. Makassar as a major port in South Sulawesi became the main line distribution of goods. Hence based on information from Staatsspoorwagen.tk (03/02/2017) Government built a railway from Makassar to Takalar villages around 1920-1922 by Firma de Groot, Construction Company that won a tender to build the port of Makassar in 1912.

Although the master plan has been created and the line was operating, but the railroad's construction in Makassar disrupted after the eruption of World War I. At that time the Governor-General Dirk Fock was forced to halt construction because the costs are quite high and the use of ground transportation such as a car or truck is still more effective.

Now, after almost 72 years after the independence of Indonesia, Sulawesi re-fitted rail infrastructure for the smooth distribution of goods and people. South Sulawesi Governor Syahrul Yasin Limpo revealed that the Provincial and Central Government have committed to complete approximately 30 kilometres of the railway at this year.

"We're trying to enable about 30 kilometres out in April 2018, minimum it used for transporting commodities such as cement and marble mine. At least, people know that it can be functioned," said Syahrul Yahsin Limpo reported from infonawacita.com (03/02/2017).

He also explained that the railway line would also be the path of tourism since rail passes through mountains and beaches with beautiful scenery.