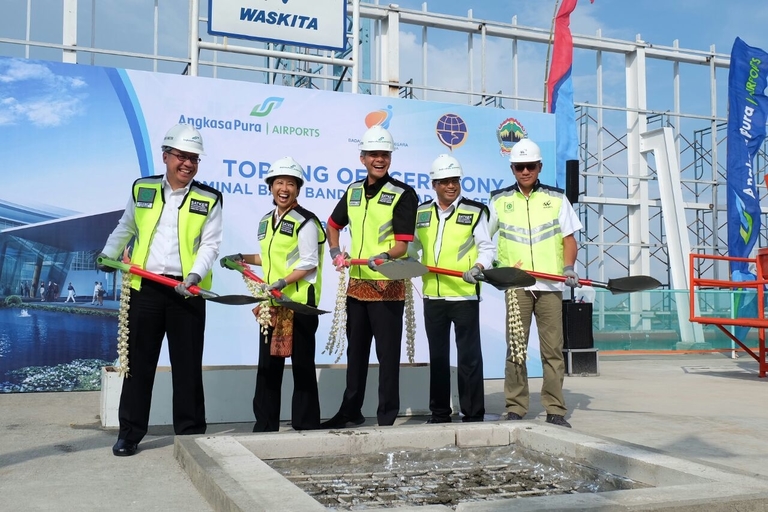 Minister of State Owned Enterprises (SOEs) Rini Soemarno in a press release obtained from bumn.go.id (12/2) gave a special appreciation for the project implementation by saying, "I congratulate, the closure of New Terminal Roof can be implemented which shows that step by step, this strategic project can be completed."

Faik Fahmi, Director of Angkasa Pura I, explained that the development project is a solution to the small capacity of Ahmad Yani airport which can only accommodate 800 thousand passengers per year, while passenger traffic is recorded at 4,4 million people in 2017.

"With a new terminal capacity that can accommodate up to 6 million passengers per year and designs that adopt the concept of the eco-green airport, aeroplane passengers can be more comfortable and unimpeded in the new terminal. The potential growth of passengers by 10 percent annually can also be accommodated by the presence of new terminals and infrastructure of Ahmad Yani Airport," said Fakhmi.

Airport Ahmad Yani Semarang carrying the concept of floating airport combined with the concept of the eco-green airport, making this airport as the first floating airport in Indonesia. The airport is built on soft land and is mostly aqueous by using piles and prefabricated vertical drain (PVD) methods to compact the soft land. PVD itself is an artificial drainage system installed in soft soil layers.